Recently, I was asked an intriguing question by an interviewer: “If you had a magic wand and could have one wish for improving the well-being of clinicians and addressing burnout, what would it be?”

My answer was not really a fair one. I believe that respect of this sort triggers a wide array of improvements and is only possible on an organizational level when all sorts of other support structures are in place and working well. So it was cheating on my part to choose one wish that encompasses many.

If we truly respect the humanity of everyone in health care, how would this change our approach to clinician well-being?

I believe that respect of this sort spread across a health care organization would improve clinical communication, the effectiveness of teams, patient safety, the patient experience of care, staff satisfaction, and who knows — probably the bottom line too. The costs associated with recruitment and replacement of staff, as well as those associated with malpractice claims, would likely be lower in an environment of true respect.

My suggestion that a concept as lofty as respect could be a fix for what ails health care may sound completely meritless as an actual approach that organizational leaders, policymakers, and the general public should get behind, but there is a growing knowledge base that supports the idea. Here are three examples.

Appreciative inquiry, the practice of focusing on a group’s inherent strengths and fostering positive interactions among group members, is an effective tool that changes organizational culture by building on the positive to garner the energy and the will to address the negative. At its heart, I think Appreciative Inquiry (AI) is all about respect. Using AI, team members hold a curious, nonjudgmental stance, asking questions of one another to understand and leverage their collective strengths. Only with respect will a person search for the strengths in another.

The white paper, “IHI Framework for Improving Joy in Work,” recently released by the Institute for Healthcare Improvement, lays out a logical rationale for fostering joy at work in health care settings and a series of steps for getting there. When describing the specifics of how, the paper emphasizes the importance of meeting basic physical and psychological needs before joy can be a consideration. The authors name psychological safety as one of the four foundational components for improving joy at work. They define psychological safety as “people feeling secure and capable of changing,” and note that one aspect of this critical component is “respectful interactions among all.”

As I read the white paper a few weeks ago, I immediately thought of the chapter on teams in Smarter, Faster, Better: The Transformative Power of Real Productivity by Charles Duhigg. It describes research conducted at Google — long recognized as a top place to work — on the components that make an effective team.  After much study, Google researchers found that effective teams had one feature in common — and it was not shared personality characteristics, high average IQ, specific skills, or a particular background.

Instead, it was psychological safety. They found that the teams that succeed are those where “everyone feels like they can speak up and when members show they are sensitive to how one another feels.” They also found that team leaders could foster psychological safety by modeling certain behaviors — for example, not interrupting a team member but instead waiting until he or she is finished speaking to respond. Sounds an awful lot like respect to me.

We can’t afford to wait for a magic wand to fix what’s broken in health care; the current system is hurting patients and clinicians. Thinking about fixing the system is overwhelming, but we must begin somewhere. While we are figuring out how to address the clerical burden, the inefficient processes, and the multiple daily workarounds, we can take a simple step. We can ask ourselves, ”What would respect look like in my workplace? How can I engender respect in every interaction I have today?” 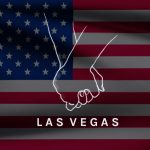 A question to ask physicians: How much is tough enough? 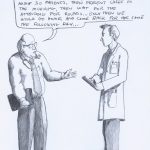 What’s the one word to improve the well-being of clinicians?
1 comments