This is a letter I wrote to my wife’s grandfather for Veterans Day back when he was still alive.  He was pretty proud of it, and that made me smile because I knew that if nothing else, he deserved to be proud of what he did for America.  When he died a few months ago, I was able to muster up the fortitude to read it at his funeral.  Here it is, submitted as a personal tribute to him, as well as to the dying breed of Americans who fought to rid the world of fascism.

Today I think about you more than any other day of the year.  I’ve only known you for about a decade, but a single event in your life shaped my own life more than you realize.  I married your granddaughter, and she and I are raising two little girls.  It seems like an ordinary story at first blush, and perhaps to most people, it is entirely ordinary.

Long before I was born, you were on a Navy destroyer in the South Pacific during WWII.  During a valiant battle in which you and your fleet were severely overmatched and overpowered by the Japanese, your ship (the USS Hoel) sustained over 40 hits and was sunk.  You made it to a life raft, not realizing that your experience in hell was just beginning.  For three days, you and some “lucky” shipmates floated the open sea with essentially no food and hardly any water.  Some of the injured who made it to the raft died while on it, so you and the other survivors had to throw their corpses overboard.  I can’t imagine the anxiety of days spent not knowing whether help or death would find you first.  Starving and weak, you were finally spotted by an American ship, taken aboard, fed and watered, then transported to a hospital in New Guinea before beginning the journey home.  255 of your ship’s crew died; you were one of 86 survivors.  The Navy Commander summarized your crew’s actions and bravery by saying, “Fully cognizant of the inevitable result of engaging such vastly superior forces, these men performed their assigned duties coolly and efficiently until their ship was shot from under them.”

Eventually, you went home to start your life again in North Carolina.  You got a job; you got married; you had children.  You led what most would consider a “normal” American life.  But I’m sure your experience off the coast of the Philippines is on your mind every day.  Why were you chosen to survive while so many others were allowed to die?  What did you do to deserve that kind of a gift?  Horrid scenes of death and dismemberment play again and again in your mind.  You can’t ever unsee what your eyes saw.  I’m sure there are days when it seems that being among the quarter of shipmates who survived is more like a curse than a blessing.

Now, 70 years later, you are an old man with two children nearing retirement age.  They gave you six grandchildren, one of whom I met and married.  She and I went on to have two of your seventeen (and counting) great-grandchildren.  I never knew either of my grandfathers, so you were the closest thing I ever had to one.  We haven’t known each other for long, but I like to think we are kindred spirits.   Neither of us take ourselves too seriously.  I think you and I both fully realize that no one gets out of this life alive.  I remember the first time we played poker together and I “check-raised” you.  “You can get shot doing that in North Carolina,” you said.  Despite what you lived through, you love the ocean and being on a boat.  I’m sure being out there brings you closer to those lost that day.

I hope you realize that my wife and daughters are the three best things in my life.  They wouldn’t be in my life at all if you hadn’t made it off that ship alive.  There are many others in your family who could say the same thing.  I guess what I am saying is this:  for whatever reason – some combination of random luck, good karma, and God’s mercy found you that day so many years ago.  It was a blessing, no doubt.  But it was a blessing which brought a burden for you to carry throughout your life.  I live a life of joy and smiles and laughter because of that day and your willingness to carry the burden.  Thank you.

Different perspectives but the same goal: providing the best possible care to patients 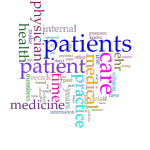