A month into Donald Trump’s presidency, it is clear we are in for a wild and dizzying ride.  As is typical in matters of opinion, post-mortem analyses on how we got here are frequent and varied.

However, I believe the Affordable Care Act was the iceberg which sunk Hillary Clinton’s ship.  Sure, there were both real and fabricated scandals which dampened enthusiasm among potential Clinton voters.  There were the emails.  There were WikiLeaks and pictures of a man fittingly named Weiner displaying his lil’ namesake.  There were ugly and revealing instances of bigotry and misogyny.  There were cyber attacks and hacking perpetrated by foreign actors in some instances, domestic ones in others.  The campaign was a flaming, runaway train ready to derail and explode at any moment, yet we could not tear our eyes and ears away from it.  In the end, perhaps befitting the campaign, America chose a real estate developer and C-list reality TV star with literally no experience in public office.  After an understandable period of mouth-gaping dumbfoundedness, Democrats reviewing the game film could point to dozens, perhaps hundreds, of different strategies which would have altered the outcome.  Errors and missteps have been discussed and dissected at length, but despite this, I believe the Democrats aren’t yet seriously acknowledging a central reason their candidate lost.

In order to recover, the Democratic Party must understand why moderate and undecided voters didn’t vote for Clinton.  I believe many of the issues enumerated above are merely noise, but within the noise is a strong signal.  The ACA (Obamacare) drove just enough middle voters away from the Democratic camp to put Trump in office.

Make no mistake: The ACA has insured an extraordinary number of Americans at low or no cost.  It has provided affordable health insurance to millions who otherwise would be forced to exist on the margins of the health care system, avoiding health care encounters in the name of avoiding bankruptcy.  To these people, the ACA has been a godsend.

However, what Democrats must understand is that millions of other Americans have been forced to fund it.  For these people, the ACA is no more than a tax.  Their out of pocket costs have increased dramatically, yet they have not received commensurate increases in access or services.  A high percentage of these Americans are paying more for worse access and fewer services.  According to a source supportive of the ACA, 2017 promises to continue our current trend and bring a 24 percent rise in average health care premiums.  A good friend of mine has a family of four.  Over the past eight years, despite no major changes in the family’s medical problems, his premiums have increased by over 300 percent.

To be sure, many of the Americans paying more for health insurance can afford it without eating cat food for supper.  But millions of those paying more were already on limited budgets, and the ACA has forced them to either tighten their belts or break the law.  Legions of hard-working Americans felt duped by a Washington trick to increase their taxes, and those resentful Americans were the same middle voters who decided the election.  Show me an American who doesn’t factor in her personal finances in the voting booth, and I will show you an American for whom money is no object.

The government wanted to insure more Americans, so it decided to tax those it deemed able to afford to pay more.  We certainly should have anticipated a backlash to that strategy.  To those who saw the system taking increasing amounts of money out of their pockets, Hillary Clinton offered no hope to change it.  Americans received notice of their health care premium increase exactly one week before election day, perhaps the death blow for Mrs. Clinton.  The disgruntled cohort could count on one thing from Trump; he would change Washington.  At best, he would change it with some well-placed shakeups and business savvy.  At worst, he would change it by being a match in the gas tank.  But this past November, enough Americans were so disgusted with Washington politics that they were willing to risk tossing in the match. 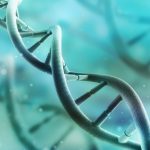 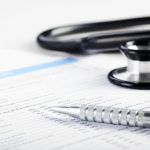