“A condition counts as a disease independently of whether there is safe and effective treatment.”
– Journal of Medicine & Philosophy, August 2017

What is a disease anyway? Mrs. Jones is 90 years old and frequently experiences episodes of chest pain. She has numerous partially blocked coronary arteries, and her physician has told her to come to the emergency room because she might be having a “heart attack.” Indeed, each time she reports to the hospital, her troponin — the heart enzyme whose release indicates damaged heart tissue — is elevated, so she is admitted and “treated.” Except there is not much that can be done. Due to the poor function of her kidneys and the risk of the procedure, she can’t really have more angiograms and stents put in her arteries. Her medications are tweaked this way and that. She is a sweet old lady, and the nurses love to have her on their floor. Eventually, she feels better and goes home.

Does Mrs. Jones have a “disease?” Or is she simply aging? In the recent words of Senator John McCain, “Everyone dies of something eventually.” As a doctor, I was never trained to care about the definition of disease; we just pragmatically did whatever we could for the patient in front of us. There is a program that allows pediatricians to write prescriptions for food for malnourished kids. “Protein-calorie malnutrition” to some, to everyone else, it’s simply hunger.

But what happens when every microscopic cellular malfunction starts to count as “disease?” Prostate cancer is a classic example of cells going bad, turning into “cancer” which we can detect with a PSA test and even with a biopsy, but that only sometimes harm the host body. Is asymptomatic prostate cancer a disease? If so, then nearly every decay and decline of the body counts as disease as well: gray hair, wrinkled skin and “age spots” that fascinate grandkids when they appear on their beloved grandparents. Aging itself then must be a disease, yet is also the appropriate and natural function of a human body. Death becomes a paradox for medicine, both expected and a disease to be combated.

Neither medicine, nor the larger culture, have come to terms with this conundrum. We attempt to prolong life at all costs while battling the villain of diseases that multiply exponentially as we age. Yet, the fight eventually always becomes shadow boxing because you can’t really treat senescence. The paradox inherent in aging has caused the public to have astonishing expectations of medicine. Eighty-year-old patients who have smoked their entire lives ask about getting a lung transplant. Eighty-five-year-olds start hemodialysis after their kidneys finally malfunction completely. The family of the end-stage cancer patient will only discuss the next experimental treatment option but not end-of-life.

The corollary to medicalizing disease is the extension of treatment to all of life. When “disease” applies to aging and other natural processes, then the whole sphere of life becomes a medical condition, and so our entire lifestyle becomes a “therapy.” Every action I take becomes a therapy. Witness the proliferation of lifestyle medicine, dietary cures, and yoga for childbirth. Witness the supplement and herbal industries that promise a treatment for symptoms, sensations, moods and even existential crises. We have indeed become entirely medicalized.

To cope with this medicalization there are competing definitions of disease that allow for the primacy of the patient experience: “Disease is … the suffering or loss of function that brings patients to the clinical encounter …” When patients suffer, doctors try to help. So anything that a patient experiences we are willing to treat as a disease. Still, as scientific professionals, physicians aspire to a critical process, and we need to add this to our definition.

“Whether or not we label a certain state as a ‘disease’ … results from an ongoing interaction between … people’s value considerations and knowledge that can confirm … disvalued states on a scientific basis.”
–Journal of Medicine & Philosophy, August 2017

Patients present with “disvalued states” — pain, swelling, blood pressures — and we must use a scientific process to complete the patient interaction. Not all symptoms are diseases, nor are all human conditions reducible to disease. In the modern world, the physician’s role is more often to un-diagnose, and help people come to terms with the possibility that they do not have a disease, rather than that they do.

Kjell Benson is a hospitalist who blogs at The Consolation of Philosophy. 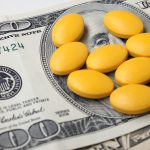 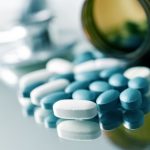