My significant other is a physician working in Houston, and he missed Hurricane Harvey over the weekend, being out of town for a conference. The hospital sent out an S.O.S. asking faculty to do their best to come in. As the Houston airports continued to be closed Monday and Tuesday, he and his colleague, also a physician and a native of Houston, flew to another airport and drove a few hours back to the flood.

I am proud of them, and salute the doctors/nurses/technicians/staff that rode out the hurricane in the hospital with their patients for days. I have infinite faith that doctors will not abandon their patients in the hospital, but a new problem emerges as the rain stops. What about the 30,000 displaced people who are seeking shelter in standing water, a known public health risk?

Recently, Teladoc made the historic move to provide free medical care to victims of Hurricane Harvey, a decision befitting a leader in the industry of telehealth. Great, the cost issue is somewhat relieved, but what about access? Will the need overwhelm their provider network?

I contacted the company to ask about volunteering remotely as a pediatrician, and as expected, learned that credentialing would take weeks. I then suggested that we should at least consider emergency credentialing during crises to expand the provider pool on a temporary basis, and was very impressed that Teladoc was receptive to the suggestion for future development.

From Katrina to Harvey, the health care technology landscape has changed drastically. The platforms for telemedicine are already in the mainstream market as a way to see patients. There is productive debate about urgent care vs. primary care models of practice, but in the arena of emergency relief, the urgent care applications have the potential to change the way we approach natural disaster response. The staff in the hospital are paramount, but there are huge untapped resources outside the immediate area.

I understand that the policy level changes required to facilitate a temporary expansion of provider access will be complex. Credentialing and licensing alone would involve layers of federal and state laws I don’t fully understand. (Does anybody?) But this is not tea time; it’s an extraordinary situation and should be treated as such. We grumble about the incomprehensible restrictions around the logistics of licensing, but in a time like this, to let it limit our ability to reach a vulnerable population with existing technology is more than just annoying, it’s not acceptable.

We have the technology. We have a dire need. And I know we have many more physicians around the country who would volunteer their time and expertise. Make this happen. 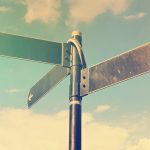 When it comes to pay cuts, it's time to look beyond physicians 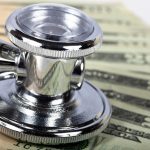 Natural disasters in a time of telemedicine
1 comments