Be honest. What’s the first thing you think of when you hear the words “plastic surgery?” Breast implants? Nose jobs? Or maybe you’ll think about one of the numerous television programs out there that have featured the discipline: “Nip/Tuck?” “Botched?” “Grey’s Anatomy?”

If so, you aren’t alone. Plastic surgery as a discipline is poorly understood by many, including primary care physicians, nurses, medical students and the public. Plastic surgeons perform many different reconstructive and aesthetic procedures. Many aren’t always familiar with the breadth of practice within the discipline; it is perceived largely as cosmetic, and the reason for these commonly held misconceptions has not yet been well-studied.

I recently led a project on how medical students view the discipline of plastic surgery. Myself and my co-authors designed a survey that we sent to 231 medical students. We asked them which specialty was most appropriate to deal with a variety of medical conditions, most of which would generally fall under the purview of a plastic surgeon. These included brachial plexus injuries, correction of congenital craniofacial abnormalities, ectropion repair, hand fractures, breast reconstruction and burn care. Several non- plastic surgery conditions were included (e.g., inguinal hernia, shoulder dislocation) in an attempt to blind the respondents to the nature of the question.

We also conducted two focus groups of medical students, asking them where they got their information about plastic surgery from. We asked them several open ended questions like: What do you think plastic surgeons do? Where did you learn that? What medical television shows do you watch? How much of your influence comes from television?

In our focus groups, we asked participants what they thought of when they heard the words plastic surgery. Immediate emerging themes were Hollywood, television and cosmetics. Within the first minute of both sessions, a discussion of popular television programming featuring plastic surgeons ensued without any specific prompting questions. Across both focus groups, students followed programs such as “Grey’s Anatomy,” “Nip/Tuck,” and “The Swan.” By far, the most popular was Grey’s Anatomy. A total of 95 percent of medical students had seen at least one episode of Grey’s Anatomy and 75 percent had seen at least three seasons of the series. The potential for such programming to influence perceptions is enormous.

Using media as a tool to promote more accurate and progressive images of medicine is not a novel concept. Dr. Ron Stewart, former Minister of Health in the province of Nova Scotia, Canada, used the power of television to influence social change on a large scale. Although working as a physician in a Los Angeles emergency department in the 1970s, he also served as a consultant for the popular medical television program “Emergency!” It was one of the first medical television programs and a precursor to ER. He was the main medical consultant for the show and helped to create a fictitious medical model that resembled the model he envisioned for a real-life emergency medical system.

The program, which premiered as an authentic television series in 1972, featured paramedic units working for the Los Angeles County Fire Department providing emergency services. At the time, North America was home to few such units, but in the ten years that followed, prehospital care delivered by paramedics became the norm; the EMS Act was passed by the U.S. Congress in 1973. The television program had laid the groundwork for Dr. Stewart’s vision of emergency medicine.

Conclusion? Plastic surgery is more than simply breast implants and nose jobs. This study highlighted the tremendous effect that media can have on shaping our views, even in fictitious entertainment programming.

Don't be one of those sports parents 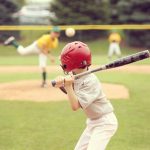