Once during my TV news days, I was feeling pretty good about myself during a three-hour drive to the Mayo Clinic. “I am so glad I don’t practice!” I crowed to my photographer. “Practicing physicians are so sad. They’ve lost their income, their autonomy, and the public’s respect.”

My photographer didn’t miss a beat. “Yeah,” he replied. “They sound just like you.”

By which he meant that as a journalist, I’d lost those very same entitlements. As they say: You can’t see the paradigm when you’re in the paradigm. For better or worse, though, I’ve lived through (and been marginalized) in two paradigms. And the striking parallels between doctors and journalists have many lessons for physicians.

First, there are the similar temperaments. In each case, we often chose our professions because we hated a bureaucratic world we viewed as impotent and corrupt. We wanted our lives to revolve around absolutes beyond anyone’s power to taint. Medicine offered life and death: journalism offered the “search for truth.”

We also sought autonomy. We had been told we were the brightest, we knew what was best, and we didn’t need to be paralyzed by compromise and the need for building consensus.

Doctors and journalists also, I believe, often shared something else: a desire to avoid emotions. Both professions require an emotional distance to perform at our best. Both professions wear that distance as a badge of honor. It’s “cool,” but it’s also a convenient socially acceptable way to avoid our own personal pain.

Looking back I feel very young and very naïve. Both “life and death” and the “search for truth” are now barely more than punch lines. In addition, both professions open appeal to autonomy, an uncompromising nature, and emotional avoidance has only accelerated our decline.

A second similarity between medicine and journalism: the triumph of control over talent. When I started in TV news, I was rewarded for my initiative. If I showed up at the morning meeting filled with ideas, I was praised. I was an “enterprise” reporter, someone who didn’t need an assignment editor to tell him what to do. I was also given enormous latitude to do the stories I deemed important.

But that all changed as the “suits” realized setting the agenda was source of all journalistic power. Pretty soon the assignment editor told me what stories to do, then the news director told him, then ultimately a general manager on the third floor would scan his screen every morning and dictate not only every story we’d do, but every slant, and which newscast that story would be on.

It reached the point where if I even mentioned a possible story, I was dismissed as a nuisance. This is not what I had signed up for. It made me furious.

Physicians know the feeling; they’ve been victims of that same need for control. Your sense of ownership and mission has also been co-opted by the need for control (often couched by professed concerns about value, consistency, and more coordination).

This turn to “command control” in both medicine and journalism bothers me on so many levels. First, because it actually discourages initiative or excellence. The best reporters now are those who uncomplainingly simply “actualize” a news director or general manager’s preconceived story.

Similarly, a physician’s job is to simply follow the algorithm. Any personal contribution is frowned upon. In each case, the professional who’s actually dealing in the real world has the least authority. And in each case professionals with a strong sense of personal mission are now pawns in other peoples’ visions.

I’m also bothered that in each case authority has bred contempt. After first minimizing their roles, the next inevitable question for executives becomes, “What makes our employees so special, they’re just tools doing what we tell them to do?” We see this, for instance, with PCPs. They were turned into “routers,” and inevitably expendable routers. Incredible hubris even leads executives to believe their brilliance is the basis for any success (conveniently justifying their enormous salaries.)

Medicine and journalism aren’t unique. The centralization of power, and the bridling and open disrespect of employees, is occurring across society. I know in both medicine and journalism this has been driven largely by computers. A computer allows a general manager to personally oversee and choreograph the day’s news coverage, and a computer instantly reports a physician’s every financial decision. Ultimately, a computer may one day replace clinicians’ themselves.

The writer L. P. Hartley wrote, “The past is a foreign country; they do things differently there.” Such is my past. I had thought jumping from medicine to journalism was a leap; it was inevitable. I thought I’d escaped an unfortunate fate: I simply leapt from the frying pan onto the fire. 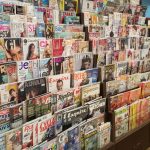 Toward the stars: On humility and pain in medicine 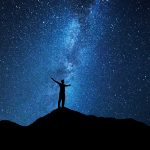 The striking parallels between doctors and journalists
8 comments