When I was in television, I was friends with the late Gene Siskel (the film critic’s syndicated show would shoot in our Chicago CBS studio). Siskel would drop by my office to talk and get free medical advice.

Siskel was, you might say, frugal. I remember when I was in contract negotiations with CBS, my bosses couldn’t praise me enough — but the money wasn’t there. When I told Siskel about my frustration, he turned serious.

“Mike,” he said, “always remember — money is the sincerest form of flattery.”

I mention this story because primary care providers (PCPs) these days get plenty of flattery and desperate pleas for more of them — but the money just isn’t there.

Yet the money still isn’t there.

The average PCP will make $217,000 this year. The average specialist $316,000, almost 50 percent more. Why is there this huge discrepancy, when new ACOs and other “value-based” health systems are desperate for PCPs who can help them lower costs?

I’ve seen this desperation personally. A major national insurer hired my marketing firm to help recruit a new kind of PCP. The insurer was buying up physician networks with the intent of turning them into accountable care organizations (ACOs). The plan was to combine the insurer’s informatics and management skills with the right kind of physicians to skim excess, meet performance standards and turn a profit. The only problem was the insurer couldn’t find the kind of PCPs it was looking for; it was turning down three out of four.
The insurer was looking for risk-taking PCPs willing to imperil a bonus to meet quality metrics. They had to be able to lead a medical team including PAs, psychologists, dieticians, etc. They had to be willing to treat the sickest patients themselves. And they had to be nice people (PGs mattered).

We were asked to help the insurer find these PCPs. Our focus testing showed it wouldn’t be easy. Most PCPs valued their autonomy above all else, didn’t like managing others and hated the idea of being judged by any “quality” metrics. What’s more, they inherently distrusted working for an insurer.

So how could we find the insurer’s “next generation” of PCPs? The ones our desperate client said were the linchpins to their ACO’s success? The ones who’d lead a new PCP-centric world using EMR to control all specialty care and finally bring some rationality to health care?
We broached the idea of offering these PCPs more money. And we were quickly shot down.

We were ordered to use flattery.

So we dutifully came up with a recruiting plan that focused on “intangibles.” Our carrots to recruit these rare PCPs consisted of the chance to “be a part of a new generation of care,” “practice top tier care,” “work with academic centers” or “have a more balanced lifestyle.” In short, the usual substitutes for making more money.

I never did find out the outcome of all this. An insurer management shake-up ended our involvement.
But it all leaves me confused. What happened to the laws of supply and demand? How can these rare “next generation” PCPs be so valuable yet so relatively underpaid? I just don’t get it.

More concerning is if you don’t reward those rare PCPs who can adapt, what hope is there for this teetering specialty?

Business apparently thinks it can muscle through this enormous paradigm shift without rewarding physicians. I can only hope doctors also remember Gene Siskel’s sage advice. Money is, indeed, the sincerest form of flattery. 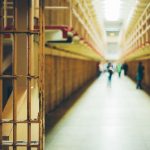 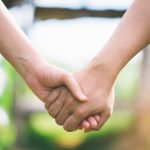