Throughout my first two years of medical school, I longed for the day when I would walk the halls of the medical center, running errands and accompanying my resident and attending physicians to our patients’ bedsides. In the meantime, my college roommates, who graduated with nursing degrees, often shared with me their own stories from the wards. They warned, “Don’t be one of those doctors that … ” Most of their warnings would probably have been better understood after hearing the recollection of the physician in question’s own experience. Nonetheless, a spark was ignited within me, and I began to debate what “kind” of physician I will become.

As a third-year medical student, I have spent much of my time seeking to be seen but not heard and eager but not overwhelming. From my strategic positioning nearly in the shadows but always within earshot and up for any task, I have witnessed many remarkable and sometimes shocking patient and physician encounters. Just today, I entered a room in the emergency center expecting to gather the history of a new patient, but when the resident saw the family, they embraced as if they were old friends. This resident had cared for the late husband of our patient nearly one year ago and had come to know the family very well. The relief, laughter, and tears that they shared were a reflection of the intimate relationship they had developed while the resident had cared for our new patient’s husband.

In juxtaposition to this encounter, I have also witnessed encounters that have left patients so distrusting of their care team that they have threatened to leave against medical advice. I recently was especially shocked when the resident with whom I was assigned to work refused the instruction to return to the room of a tearful patient. This 65-year-old patient had just learned that after seven years in remission, her endometrial cancer had returned and metastasized throughout her body. I chose to return to the patient’s room alone later in the day, and I was able to sit with her as she shared stories of raising her grandchildren and enjoying her retirement. I understand why this physician chose to avoid returning to this patient’s room. It is incredibly difficult to mourn with strangers and gracefully articulate an appropriate and comforting response. I have certainly not mastered this task, and I dread the many moments in my future when I will stumble through this type of encounter. However, because of this experience, I know I will work that much harder to provide my patients with what they will need most — support.

The clinical clerkships of a third-year medical student are known to be some of the most impactful moments of a physician’s career. I have found my encounters with patients this year to be delightful, exhausting and heartwarming on many occasions. But mostly, I have found it a privilege to witness so many physicians in the act of caring for their patients. I have watched them stumble through words and triumph in victories, and I have laughed, cheered and been scolded alongside them in the lounges and hallways. I have witnessed more demonstrations of the kind of physician I hope to be than of the kind I hope to never become, but the latter instances have certainly been unforgettable. For now, my greatest hope for my career is that my patients will never question how deeply I care for their health and their well-being regardless of medical prognoses or outcomes.

McGee Hopper is a medical student.

This is what it's like to be a military physician 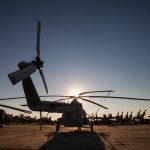 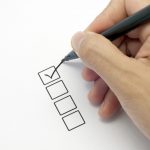 Don’t be one of those doctors
2 comments