After another long shift of patients with colds, bug bites, ankle sprains and sore throats I eagerly looked through the wine selection at the local grocery store. It was my wedding anniversary and nearing 9 p.m. at the beginning of a holiday weekend. While at the checkout line, an elderly woman in front of me thanked me for my service. At that moment, I realized that I was wearing my military uniform, which I typically did not do while grocery shopping. That elderly woman then proceeded to ask the cashier to credit my bill with $20, which she gave to her and asked her not to tell me. I was extremely humbled.

I quietly sat in my car, reflecting about why I had chosen emergency medicine as a career, and furthermore, why I had joined the United States Army. While I have enjoyed most of the past seven years of my military career, it was not the patriotism in me that drew me to the military. It was the opportunity to pay my student loans and the thought of an exciting lifestyle in military emergency medicine.

Military medicine is often described as cutting edge medicine with the latest technology, yet there are many reports of military health care system being subpar when compared to their civilian counterpart. This is due, in part, to not seeing as many high acuity patients, the culture of a compartmentalized system, the resistance to change and strict adherence to rank in the military medical department.

The reality is that the Army’s garrison clinical setting is not adequate for emergency physicians’ maintenance of critical procedural skills. This could have a tremendous impact on retention and satisfaction of emergency physicians.  To keep emergency medicine skills sharp and ready for deployment to conflict areas around the globe the military typically allows physicians to moonlight at civilian facilities in their free time. However, off-duty employment is highly regulated at the local level, and some commands make strict policies to ensure most physicians are not able to moonlight.

Increasing wages for military physicians could increase retention, however increasing the intellectual stimulation and allowing emergency physicians to easily moonlight and obtain a higher level of intellectual challenge might be more effective. Working in a medical center with residency programs might offer that challenge to some, however, most of the military treatment facilities are small community hospitals that just do not have the resources, or the sick patients needed to stay sharp in the profession.

There are many great physicians that have made the military a career, and I am thankful for them, but some of us long for something different. While I made a choice to put on the uniform, I wish the military had more to offer physicians. More autonomy in the practice of medicine and less influence of rank with concern to medical decisions. The money is not the issue with physician retention nor is the population we serve. The bureaucracy and administrative burdens are what frustrates physicians, along with the feeling of impotence and the daily struggle with moral and ethical dilemmas. Sometimes military physicians are challenged by an order to provide medical care that they believe is wrong or inadequate. This never ending internal conflict, this duel loyalty idea, at times just takes a toll.

I am thankful for those that find true passion and satisfaction in military medicine, but after over seven years of military service, I personally need a change. I realize, however, that no matter how I feel about my profession, there is honor in serving the country that has taken me as one of its own; the country that has freed me from a communist upbringing. Today at that checkout line, I was reminded that despite my lack of satisfaction with the system in which I practice, providing care to our country’s bravest is a privilege.  I was reminded of the honor that comes with helping preserve our country’s fighting strength and serving those who serve.

A nurse was raped and tortured at her hospital. Here's what you can do to help. 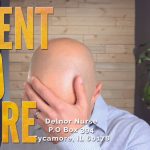 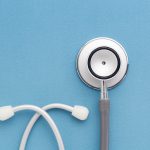