The media is quick to point out the important role of American Medical Association (AMA) and other professional bodies in shaping the future of health policy in the United States. While these organizations have a certain responsibility, it is becoming increasing clear that medical and public health students will shape the future of post-Obama health care landscape. Recognizing their role is pertinent.

While physician members from AMA are the practitioners of the health care, it is the students in lecture halls around the country that are vital for the formulation as well as the execution of health care policies. It is essential, therefore, that students are provided ample space and opportunity to exercise policy skills. It is also important that instruction in policy analysis is derived from evidence from rigorous experiments and non-partisan think tanks.

In the NEJM perspective, President Obama underscored a crucial point: “What the past eight years have taught us is that health care reform requires an evidence-based, careful approach, driven by what is best for the American people.” The past few years have pointed in a troubling direction: Just as hyper-partisanship led to obstruction of proper implementation of the ACA, there was hyper-partisanship to obstruct the modifications that were required to make ACA more robust and future-proof.

Students, in turn, must pay close attention to the evidence available to make critical decisions and not be swayed by emotional narratives — from either side of the political spectrum. Prof. K. Baicker, one of the most accomplished health economists in the nation, and one of our instructors in U.S. Health Policy at Harvard University, elaborated this issue succinctly in a blog post for the Health Affairs asserting: “making policy based on unrepresentative anecdotes can inflict much greater harm on many more people.” In her analysis, she also explained — using anecdotes and evidence from her previous work — on how anecdotes alone can be conflicting and can confabulate findings from rigorous research, such as randomized controlled trials.

Students are the future guardians of public’s health. If we are to maintain a high standard of care, it is necessary to take stock of the rigorous evidence available, being objective and formulating policies not based on narratives from partisan groups but high-quality empirical research. This approach is particularly useful in the current political atmosphere, where the general population has cultivated a disdain for the ‘experts,’ due to the misguided impression that physicians and health policy analysts are driven by political motivations and not by their professional duties. As President Obama reminded us: the best policies are the ones that are the most pragmatic and are achieved when we find common ground along the political spectrum. Students must serve as a conduit for ideas from evidence to practice.

Junaid Nabi is a physician. 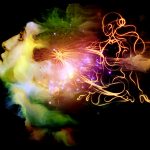 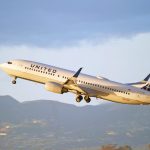