The SOAP note isn’t what it used to be. And what it has become needs to be scrapped, because it has made the office practice of medicine cumbersome and unsafe.

In simpler times, when medical records were written by and for doctors, the SOAP note represented a significant leap forward in expanding and organizing office notes and also notes from emergency rooms and walk-in clinics. Before that notes sometimes only documented the diagnosis and the treatment, not how someone arrived at those.

With “S” for subjective, “O” for objective, “A” for assessment and “P” for plan, the reader could instantly find exactly what he or she needed to know from a colleague’s medical record entries.

These days, medical records contain a lot of data that is mandated by outside parties: CMS, ACOs, PCMH/NCQA, the Joint Commission and even local states, like Maine.

EMR vendors have inserted these mandated items in sometimes very illogical places in the medical record, and they have also infused bookkeeping items where they probably work best for billing purposes, but not to document clinical thinking.

I see many ER notes that don’t clearly state the patients “chief complaint.” I see that they got there by private vehicle, gave the history themselves, didn’t need an interpreter, had already had all their baby shots and were not yet ready to quit smoking. I’ll be darned if I can figure out what brought them out in the middle of a snowstorm to see somebody in the emergency room.

In the SOAP note, anything observed during the visit, instead of told to us, such as vital signs, heart sounds, blood tests and in-house X-ray findings would go under “objective.” Tests ordered but not expected back until later went under “plan.”

The tests I do in-house are ordered and resulted under “treatment,” after I have already stated under “assessment” what the diagnosis is. That makes no sense. A chest X-ray doesn’t treat anything. The antibiotic I prescribe goes there, too, so at least that makes sense. But essentially, the logical and chronological order of my notes has been hijacked by non-clinicians.

More static items, like past medical history, family and social history, used to go on the inside left of paper records where they could be referenced and updated on the fly. Now, just like in a hospital admission note where the patient is presented — as if they had never been seen before — they are prominently displayed in every single office note.

That is one of the fundamental differences between a paper office note and an EMR note. The former is pertinent and the second is comprehensive because the note presumably has to document that the doctor mentally went back over known historical facts and considered their possible relevance to the problem at hand with the speed of expertly trained thought and hard earned experience.

It didn’t seem enough to keep the background data separate and simply stated: “I considered the past medical, surgical, social and family history in handling the patient’s issues in today’s visit.”

Even if someone I stitched up ten days earlier comes back to have the stitches removed, the second office note reads as if a stranger just walked through my clinic door.

In such a case, a visit that lasts less than five minutes from the doctor’s point of view, requires verification of all the data that isn’t likely to have changed in ten days. And the office note is as long as the original note about the chainsaw cut or their first get-established visit — seven pages of 99 percent irrelevancy for a simple suture removal.

The mandated add-ons’ presence in every single office note has created a clear and ever-present danger that time-pressured clinical staff and physicians will miss critical information and put patients at risk for clinically incomplete care, even though I’m sure the non-clinicians’ intent at some point was to ensure the opposite.

All of these additions have inflated and cluttered up the SOAP note to the point where I think it is high time we reclaim space, however small, inside the office note for strictly medical documentation that is immediately pertinent.

This nugget notation needs to be near the top of our computer screen, so we don’t have to scroll, even to get from the beginning to the end of it.

We must accept that the office note serves the needs of many people and bureaucracies. But if we don’t make it serve us better, we’ll drive ourselves into the ground and at least some of our patients into their graves because we might miss critical things in the overinflated medical records of today. 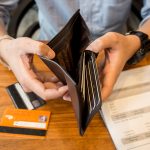 What this physician learned from a medical mission 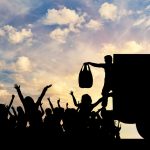