William Osler once said, “Listen to your patient; he is telling you the diagnosis.”  Anybody who practices medicine knows that is easier said than done. The ability to take a skillful history takes years to develop. There are many nuances in a medical history and physicians must know the right questions to ask. The next step is to avoid asking the wrong questions and the wrong wording of the right questions. For example, taking a sexual history in a nonjudgmental way requires a deep understanding of the subtle differences in connotation that certain words and phrasing convey to the patient. One slight misstep and the patient may withdraw leaving the interviewer without essential information.

So you could say that taking a history is complicated. It can become exponentially more complicated when a patient doesn’t speak the same language as the interviewer. When this happens to me, I find that the conversational skills that I have developed are instantly stripped from me. Gone are my well-constructed apologies that I use to console a patient frustrated by their wait. Gone is my ability to explain complex medical issues in simple terms.  Gone is my ability to tactfully deliver bad news. Most importantly, I lose the ability to truly hear patients. I can’t tell what their phrasing and word choice is trying to tell me. The result is a patient-physician interaction void of a deep understanding. We aren’t talking to each other, and we aren’t even talking at each other. Rather we are usually talking to a phone or a video monitor.

This was made painfully clear to me on my pediatrics rotation. I was tasked with taking care of a child and her father who only spoke Arabic. The father was a kind and patient man, but I noticed that we didn’t enter his room as often on rounds. I suspect it was because updating him on the slightest change of plan would take at least 30 minutes when it would have taken only a few minutes with an English speaking patient.

Every morning at 6 a.m. I visited his child on pre-rounds, but first I would have to find a translator phone. I would unravel the cord and plug it into the wall in the dark, usually knocking over a minimum of five objects in the process. I would then call the translator service and request Arabic. I suspect there was a dearth of Arabic translators because I would have to wait awkwardly to be connected. I would flash an apologetic smile to the father who was rubbing his bleary eyes on his makeshift cot in the corner. Finally, I would be connected to a translator who had a heavy accent that I had trouble understanding through the patchy and static-filled connection. I handed the phone to the father, and our conversation began.

Here is where the real trouble starts. The biggest impediment is that we both rushed to say our piece before the conversation ended. We both knew that time pressure would likely end the conversation after a less than ideal duration, so we both asked multiple questions and conveyed too much information at once in each of our turns speaking. So much was lost in this hurried early morning exchange.

After I managed to relay the plan, I asked the father if he had any questions. Obviously, he had many because I was the only person who had updated him since yesterday. After the conversation ended, he was thankful for my time, but I still felt guilty. I wished I could tell him, “I’m sorry, and I feel like things were lost in translation.” Walking out of the room I realized how much time I had spent in that encounter. I looked at my patient list and realized that the residents, covering 6 to 7 patients, did not have time to give this man the attention he deserved.

What can health care providers do in these situations? After my first encounter with this father, I tried to imagine how I would feel if I found myself hospitalized in Japan or Turkey. I spent time thinking about what would overwhelm me and what would make the language barrier more manageable. I implemented some of my ideas of the next few days.

These rules may seem like common sense, but writing them out or mentally referring to them prevented me from cutting corners when I felt pressed for time on rounds. They also help me to remember that my singular focus is patient care and that speed is a false idol often at odds with that goal. These rules may not restore our well-honed powers of conversation and history taking, but this upfront time investment pays dividends for physicians. A thorough and accurate history helps streamline a differential diagnosis and helps us do our job more effectively. Above all, implementing these rules helps our patients feel more valued and human.

Matthew Bower is a medical student. 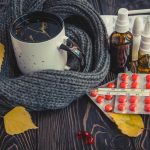 Are you asking students questions or "pimping?" 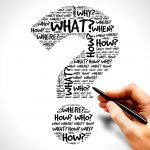 How to navigate the language barrier with patients
2 comments