One of the most respected and skilled clinician-educators — of course, he is an infectious diseases specialist — at our institute came into my office, sat down and immediately starting eating pretzels. “Let me know what you think about this,” he said between bites. He went on to recapitulate a recent interaction he had with the members of the internal medicine team (medical students, house staff and the attending physician) about a week ago.

He described a presentation to our emergency department of a young woman with a headache, neck stiffness and fever, who was previously well and had young children at home who were currently ill. He reported the lumbar puncture results to the house staff — the results included a mildly elevated protein level, normal glucose level and pleocytosis with a predominance of neutrophils and monocytes. He then asked the house staff to formulate a differential diagnosis and explain their reasoning for said diagnoses. Later, he addressed the case again and changed the values of the cerebrospinal fluid on the patient to clearly illustrate a bacterial source rather than a viral source, and he asked this question: “The pharmacist is standing at the Pyxis machine asking what medications to give. What are you going to tell her?”

Granted, I was not present for any of these interactions, but the vignette seemed more than reasonable to me. He was clearly trying to teach and have the house staff work through the differential diagnosis of deranged cerebrospinal findings — different disease states, offending pathogens and treatment modalities. From the tone of his recitation of the events, I knew he was expecting a bit more than what he received from the house staff. He then asked me, “How do our residents learn today without being questioned?” I answered, “I’m not sure, but I’ve always found that questions are the best method.” The ID specialist left me with one last question: “Do you think I was too hard on them? Was I being a ‘malignant pimper?’ Because I surely don’t want to be that.”

Frederick L. Brancati first coined “the art of pimping,” in his 1989 JAMA article: the practice of posing particularly difficult questions to learners. There are undertones in Brancati’s article (which is older than Justin Bieber) about the separation of power between the teacher and the trainee. Notions of respecting the teacher and expecting the trainee to follow the “chain of command.” Critics state that much of the article was written tongue-in-cheek, and it even prompted a response article twenty years later by Allan S. Detsky about learners taking back their power. Although each article illustrated differing approaches to pimping, they agree pimping confers some value to learners.

Wear et. al published a study in 2015 in which researchers examined interview responses from fourth-year medical students on perceived harms and benefits of pimping. The results were quite interesting, and although the cohort of medical students was not large (and no residents were included), many fundamental issues came to light. Students saw the value of pimping as allowing them to learn on their feet, develop the proper diction to speak with their colleagues, handle anxiety and pressure and, ultimately, to motivate them to learn on the spot or later if they did not know the answer. “Malignant” pimping was identified by the students as situations in which the teacher was exerting hierarchical power. The teacher was asking questions which were outside the scope for the learner (much too difficult), was buffering the ego of the teacher or was simply humiliating the students by exposing deficiencies in knowledge rather than trying to create new connections.

Hugh A. Stoddard and David V. O’Dell made the ultimate comparison in their 2016 publication in Journal of General Internal Medicine, stating that psychological safety is the key difference between the Socratic method of teaching and pimping. They defined the Socratic method as “prompting students, through cross-examination, into acknowledging their fallacies and then asking them provocative questions to steer them towards realizing true knowledge via introspection.” The importance of psychological safety is highlighted when the learners feel they are in a safe environment, are comfortable with themselves and others and feel valued and mutually respected without hostility and the threat of possible humiliation. The authors note that, even in a psychologically safe environment, Socratic teaching does not allow for a sub-par performance and that accountability is not a trade-off for the said safety.

This brings up a very strong and often overlooked point. I hear my administrators say all the time that residents should be more accountable. Accountability must be clearly defined and, at times in medical education, it is not. Sure, we have ACGME benchmarks and standards of what a “normal and average resident should be achieving by the time of independent practice.” At times, the sense of urgency and accountability seems to be lacking in the millennial generation. Learners expect to be spoon-fed lectures with important concepts and have protected time to learn those concepts, yet a very few seem to really possess that internal drive or accountability to own medicine, own the concepts, own the pathophysiology and disease process and own their patients because it is about their livelihood.

Returning to the pretzel-eating, bow-tie-wearing ID specialist’s question: Was he too hard on them? Was he being a malignant pimper? Although I did not witness the entire interaction, I would have to say no, absolutely not. I know he wants the house staff to learn, and he does not exhibit hierarchical power in his line of questioning, and he does not need to buffer his ego (he has won numerous teaching awards at our institution) or humiliate anyone. I offered him a morsel of constructive criticism, echoing what I’ve detailed above.

As I continue on throughout my chief year and move into fellowship, I must heed my advice. Setting the stage and creating an environment of psychological safety is key when questioning learners. Numerous studies and evidence prove that posing questions at an appropriate level to the learner is the foundation of clinical reasoning and teaching, and we should not stray from this. Posing questions to our learners gives us a better understanding of their knowledge, their ability to explain concepts, and their deficiencies. The best clinician-educators take this information from their learners and expand on information that fills in deficiencies, or explain concepts in a way that the learners will never forget. Better yet, they motivate the learner to independently seek knowledge or skills they are lacking, with a continued thirst for learning.

Joseph Cooper is an internal medicine chief resident who blogs at Insights on Residency Training, a part of NEJM Journal Watch.

How to navigate the language barrier with patients 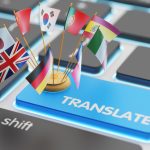 The Physician's Bill of Rights 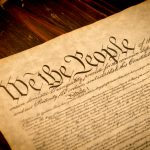 Are you asking students questions or “pimping?”
5 comments