As an intern, I once cared for an elderly gentleman who came in with heart failure. In no time, we grew fond of each other. It was almost like he looked forward to my visits. He sometimes called me “sunshine.” I am not sure if he meant it in a way that meant that I woke him up every morning.  He was almost ready to go back home when he admitted to one of the social workers who was trying to set up resources for him, that he was actively suicidal and elucidated an elaborate plan that involved guns and shooting himself. I was mortified when I heard about it. In a small way, I also felt a little betrayed that he did not disclose this to me despite the apparent closeness we shared. However, I was glad that it was out in the open for us to take some steps to ensure his safety.

He was held back in the hospital citing safety issues. He grew more restless by the day, but never once showed displeasure when I was around. Finally we decided to transfer him to another hospital where he could get treated for his depression. He absolutely refused to go although it did not matter what he wanted in this particular case.

I took it upon myself to break the news to him. The enormity of the situation was just overwhelming for me to handle in that moment when I had to tell him that he had no choice but to go. In the process of doing that, I broke down in front of him because I really cared and wanted him to get better. It worked like magic. He gave me a giant hug and agreed to go in his best interest. He wasn’t surprised or sad. He was clearly touched that I cared so deeply. That’s when it struck me that as doctors; we carry a huge baggage with us wherever we go. Our brains are a cocktail of stories of the lives of different people that we care for.  Although I felt a transient sense of loss in that minute that I let my guard down, my heart felt refreshingly light.

For both, clinicians and patients, understanding what doctors feel can make all the difference in giving and getting the best medical care. Just as I celebrate those lives that are saved, I also grieve and mourn those that are lost. Sometimes I can’t help but take that grief home with me. We are told time and again to never get emotionally attached to our patients. Without a sense of attachment, we would hardly be empathetic and compassionate. Doctors can’t — and shouldn’t — eradicate the emotions that grease the wheels of patient care. But being alert to them can help us minimize where we fall short, and maximize where we succeed. 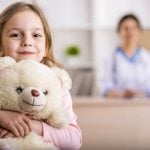 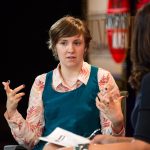 Doctors have feelings too
1 comments