The first time I spoke to her was in the hospital when I was a relatively new intern caring for her. She was ailing for a while with complications of liver cirrhosis. She was new to the area. She had relocated from a different city to live close to her family. I eventually ended up becoming her primary care physician in the ambulatory setting as that was the quickest way for her to have continuity of care. Naturally, she was the first patient of mine that I had known even before meeting her in the clinic. She was unfortunately not an eligible transplant candidate. In some ways, it broke my heart. She was a relatively young middle-aged woman who could not get a new liver due to her social circumstances. While I often thought it was unfair, as a physician I also knew that there are protocols in place for transplant eligibility for good reason.

During my residency, we met frequently — sometimes in the clinic and at other times in the hospital. I often happened to take care of her during a few of her complicated hospitalizations, and if I did not, I made it a point to visit her every single time she got admitted. Even though she was often confused due to hepatic encephalopathy, the spunk in her was hard to miss.

Through her condition, she always spoke her mind and knew what she wanted. Eventually, she had a tiff with her sister and moved out of her house. She was now living with friends in a run-down place that she could not call her own. I don’t know what it is like to not have family support through tough times. I imagine it is a tough and lonely place.

During one of her hospitalizations, she was nearly at the brink of death. I knew it was time to have a hard conversation with her. She, unfortunately, had a condition that we could not cure given the circumstances. This meant that although I did not have the ability to prolong her life, I could treat her symptoms and ensure that she died with dignity.

The day we transitioned her to hospice care, she cried. She cried that she could not have her own place and that she would not be around to see her niece grow up. She reflected on her past life and shared a few regrets. One of her greatest wishes before she died was to be able to talk to teenage girls to empower them to make the right choices.

Honestly, it surprised me. It was so profound that despite her illness, she was thinking of the greater good. I remember running out of my clinic on that cloudy and gloomy afternoon where she was standing by herself waiting for her ride to pick her up. I had wanted to make sure that she was doing OK.

Given her deteriorating health, she moved up on the waiting list for independent subsidized housing. With the help of her care manager, we were able to get her into a little studio apartment of her own. Her greatest joy in the next few days came in decorating her house and enjoying her independence. I spoke to her over the phone a few times as she had officially stopped coming to visit me and care was essentially coordinated through her hospice nurse.

One day, I was looking at my EHR inbox that alerted me that she had been hospitalized once again. While it is not common to have hospice patients being admitted, under unusual circumstances it tends to happen. She was in excruciating pain from previously known gallstones that was refractory to the opiates she was taking. She had demanded to come in to get treated until she felt better.

As I walked into her room, she appeared frailer than the last time I saw her. She appeared somewhat drowsy and confused. I wasn’t even sure she would remember or recognize me. I touched her arm gently and called her name out. She opened her eyes, narrowed to slits from the bright light streaming through the window of her room. She said, “Dr. Bhardwaj! You came. You came to see me. I am in a lot of pain. I think I am dying — I feel it. The end is near. I did not even really have a chance to enjoy my new house, but it gave me so much of joy in these last few days. Thank you for making this happen. I am so glad I met you two years ago in the hospital because I got a chance to have the best doctor in my life.”

We hugged each other knowing that this would perhaps be our last encounter together. It was comforting to me as much as it was for her. Over the next few days, she progressively got more confused and was discharged to a nursing home where she passed away peacefully a few days later.

When I heard that she had passed, I felt a lump in my throat. Had I seen people dying before? Yes, I surely had. Was I shocked that she had passed away? Certainly not. Why was this so different and difficult then? Perhaps it was the connection that we shared through our numerous clinic visits and getting to know her through the course of my residency. I inherited her on my panel as a young intern. I lost her a week ago, close to the end of my residency. I have learned a lot about life and death in the interim. I have also learned that primary care physicians will always be one of a kind. I will always remember her yellow but twinkling eyes, her boisterous ways, her curled up pigtails and that last hug. 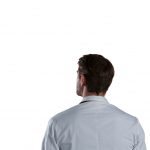 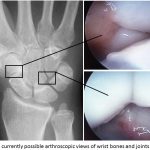