I was sitting in a meeting, listening and participating, but at the same time keeping an eye on my email. I always do this, sometimes to my peril. Email is distracting, and more than once I have been called on to say something and I have no clue where the discussion had gone as I glanced at my inbox. At this particular meeting, I was sitting next to a colleague and I was trying to be “good,” only looking at my email every 15 minutes or so.

An email came in and the subject line was the name of a colleague who worked at the same cancer center as I. With a sinking feeling, I read the email — a notification of her death due to breast cancer. I knew she had been diagnosed about a year ago, and I thought she was doing well. We had frequent email contact earlier this year when she encountered a side effect of her treatment and asked for my opinion. The problem was addressed and our communication ended. About two weeks ago, I sent her an email asking about her recovery and hoping that she was doing okay. There was no reply.

And now this. She was dead too soon, so soon, too young.

I am fortunate that most of the patients I see don’t die during the time that I interact with them. Sexuality is very much a survivorship issue, and the couples I see are well enough to be contemplating resuming their sexual relationship and/or have reconnected with each other sexually and are encountering problems. It is, for the most part, a joyous thing for me to help them. Some of my patients do die, of course, and when I see the obituary or learn of their death from a colleague, I am saddened.

But this death was one of us, a colleague who respected my work, supported what I do, and was always an interesting person to talk to when I needed a break. I had missed her presence in the months that she was away and undergoing treatment. I had respected her privacy and had not contacted her until she reached out to me for help. And when I did contact her again, she was not able or willing to respond.

We have all seen colleagues diagnosed with cancer or other major illnesses. In the past couple of years, we lost two wonderful physicians at the cancer center where I practice. Their deaths were also premature and left a gaping hole for their colleagues and the patients and their families who had interacted with them over the years.

Working in oncology does not confer immunity from this disease, but I have wished that it did in some way. We know all too well the suffering that goes with the diagnosis and treatment of cancer, and to think of my colleagues, who knew this suffering from their experience with thousands of patients, now enduring it is so painful to me. How does one be a patient with the same disease as one’s own patients? What must it be like to translate one’s own experiences in the light of a more objective perspective that we use when talking to our patients? I have so many questions, but those who can answer are no longer here. And I hope that I will never need to know the answers.

Don’t call me a provider 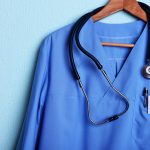 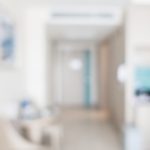