While health care was a hot topic during previous presidential races, not much attention was paid to it in our current one. For the most part, many people think that Obamacare cannot continue as is: It costs too much, only a few insurances are now participating eliminating the market competition and laden with poor coverage with high deductibles. The world watched with bated breath as Donald Trump surprisingly won the election against the largely predicted winner, Hillary Clinton.  So, what does the Trump victory mean for health care?

Trump quotes about health care during the presidential pace:

Trump, during one of the debates also mentioned that there are plans to reform the health care system, and more plans which no one knows of yet. He did not lay out what the plan was specifically other than to repeal Obamacare.

Many people, patients, and doctors alike, are dissatisfied with Obamacare and would like to see it go away. However, the health care system before the roll out of the ACA (Affordable Care Act) was not much better. In fact, many people were uninsured, and this was driving up health care costs for the whole system. While the ACA did reduce the number of uninsured, it did not eliminate it and, in fact, created many more problems by not addressing the most flagrant problems in the system.

While Trump calls for an immediate repeal of the ACA, this would be a fool’s mission without another plan to roll out in its stead. Millions of people are now covered by insurance exchange plans and if these plans disappear overnight, so will these patients coverage. Also, these insurances will be left holding the unpaid invoices thrusting the whole health insurance market into turmoil. Yes, we need better but not by creating a disaster first. These are real people with real health care issues.

While his goals may sound good, he does not set any defined plans on achieving these objectives. You cannot just wish for Congressional support and watch it fix the system. Sure, making insurance available for purchase across state lines may make the market more competitive but how do you do this with companies that are now acting like big monopolies? More thought needs to go into the plan with a clear vision of the outcome identified. Throwing out wishful thinking will not change anything.

Under Trump’s current health care model, more confusion will seep in as Obamacare is repealed and the system left in turmoil. Patients will not be able to afford their care and doctors will be able to afford to treat patients in this devastated third-party system. More doctors will change to DPC (direct primary care) or cash only models of service. Poorer patients will be priced out of the system. Insurance companies will again increase premiums to compensate for this lost revenue. And the endless cycle will continue. Trump’s aims to creating a competitive free market system will need to change to ones of disaster control. And then more, not less, governmental regulation will need to be implemented.

Hopefully, before he takes the presidential oath, a more detailed plan will come to him, and he will work with Congress and Senate to enact real reform this time. American lives stand in jeopardy.

Burgers with a side of glomerulonephritis 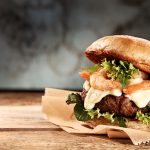 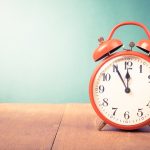 What does the Trump victory mean for health care?
5 comments