In 1996, Jerry Maguire was fired for advocating a reduction in his sports management firm’s client base thereby risking the firm’s profits.  While writing his infamous memo (or as he would tell you, his mission statement), he recalled his mentor’s advice: “The key to this business is personal relationships.”

Tom Cruise’s voiceover continues: “Suddenly, it was all pretty clear. The answer was fewer clients. Less money. More attention. Caring for them, caring for ourselves and the games, too.” Spreading the idea that the firm should focus on service over profits cost him his job; then it cost him his friends and his fiancée. Lesson learned: more clients, more money. That’s the way to succeed in business.

On September 8, 2016, it was revealed that Wells Fargo employees fraudulently created 1.5 million accounts. Although we are likely to learn much more about how and why this occurred in time, early indications suggest that the employees were at risk of losing their jobs if they didn’t open enough accounts. This was not the act of a rogue teller. 5300 employees were fired. Those who are speaking out are pointing fingers at the managers who demanded higher volumes, no matter the methods used to attain them.

In August 2014, Ferguson, Missouri was the site of extensive protests following the shooting death of Michael Brown by a Ferguson police officer. In the aftermath of these events, the United States Department of Justice released a report describing the practices of the Ferguson Police Department (FPD). The report details how officers of the FPD were incentivized to issue more citations and scolded for failing to produce enough citations. Promotions were dangled in front of officers as rewards for writing the most citations. More citations meant more revenue for the city, so it really didn’t matter that escalating numbers of citations were handed out for infractions such as tall grass ($102) while enforcement of serious crime (assault, DWI, etc.) remained constant.

August 2015 was a low-water mark for academic publishing when Springer Publishers retracted 64 articles in 10 journals due to fraud in the peer-review process. Without any explanation provided by Springer as to why authors would fake their peer reviews, I suspect most readers fundamentally understand why researchers would jeopardize their careers to cheat in this manner. It’s because they would also jeopardize their careers if they didn’t publish enough. In many cases, it doesn’t matter if the publication will actually advance scientific knowledge in a meaningful way as long as it generates another line on a CV. From the FPD perspective, you could publish your tall grass paper or your DUI paper; it makes no difference.

I encountered this scenario myself when I sought a leadership position in education in my department. Coming from a background as a clinician educator, I was told my experience in education was adequate, but to enhance my candidacy, I should publish more. I was told that the leadership who make the final hiring decision would want to see that I’m “an academic.” To advance my career as a medical educator and get a job with no research requirement, I suddenly had to find something to publish. It was never suggested that I initiate a randomized controlled trial; any publications would suffice.

I’m not going to fake a peer review to improve my chance at a new job. Thankfully, I was looking only for a promotion, and my job was not on the line. But it’s not hard at all to understand why authors who felt their jobs were in jeopardy might cross that ethical line. These authors are certainly not unique, as we see similar actions across industries. When managers, lieutenants, and department chairs tie production volume to employee livelihoods and promotions, they must understand they are inviting fraud. They are exploiting human nature. People will do what is necessary to survive and maintain their incomes and careers.

Clinical medicine suffers from a similar problem. Often, contracts for physicians include RVU or financial targets. Physicians who fail to meet these goals risk salary reductions or being fired. Environments like this incentivize overutilization of medical resources and fraudulent billing practices.

In fiction and in real life, in sports management, in banking, and in policing, volume is used as the metric for promotion and advancement. Sadly, academic medicine is no different. It is highly concerning that our field behaves like these other industries with an excessive devotion to volume.

Without a manager demanding that he maintain a high volume of clients, Jerry Maguire doesn’t get lazy. He fights for his only client and succeeds at negotiating a high-dollar contract for Cuba Gooding, Jr.’s Rod Tidwell. Troy Aikman and Katarina Witt take notice. Jerry, it’s implied, will end up doing very well with his new approach. Success in his industry, he proves, can exist even with lower volumes.

Likewise, without departments insisting on high output, researchers will still be motivated to publish their work because that’s how science advances. Clinicians will still see patients because that’s our mission. When publications are currency, we create the environment most supportive of fraud. When higher patient volumes are mandated, we create the environment supportive of malpractice claims.

It’s time to end the obsession with volume. Demanding high volumes does not improve the quality of papers being published or the care being provided. It does, however, place academic medicine at risk of a crisis of confidence similar to what we see today with Wells Fargo. We need to abolish the concept of production for promotion before the public loses trust in us, too.

Andrew Spector is a neurologist. 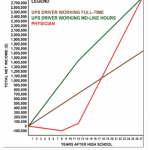 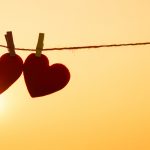 What medicine can learn from Wells Fargo
1 comments