To those of you who are still in the midst of  pursuing a seemingly elusive goal of being in medical school I highly encourage you to take a few moments and jot down why you want it so badly.  Make a quick list of all the reasons why you want to be a doctor and how you will feel once you achieve that monumental goal.  For those of us in the thick of it, in medical school or beyond, try as hard as you possibly can to mentally rewind back to that point.

Remind yourself of the passion and burning desire that brought you to where you are, especially on the days where all you want to do throw in the towel and curl up and sleep.  The following is an anecdote that a woman shared at an informational meeting I decided to check out (a little because I was interested in the group and a whole lot because I wanted some free Thai food) early on in my first year and has haunted me, in the best way possible since.

It was a beautifully sunny day as everyone filed into the windowed room and took seats around a large, oblong table and scattered seats along the wall.  Students chit chatted about needing to get back to class and wondering when the main attraction, free thai food, would finally arrive.  Meanwhile, quietly in one corner, a young woman sat with her hands neatly folded in her lap with a white lab coat.  She didn’t make conversation but smiled politely.

The meeting began after everyone was done scooping little heaps of pad thai into their plates and shuffled back to their seats around the table.  Some introductions of board members were made, and the general idea of the student organization was described.  At the close of the meeting they asked for any questions or comments and after some expected questions the young woman in the corner raised her hand and said, “Could I please share a story with the group.”

The club president smiled at her and replied, “Of course.”

“I had always wanted to be a doctor; it was just something I never thought was possible for me.  I was married very young.  I spent most of my life in Africa, and when I came to the United States, I did not think that even going to medical school was an option for me.  I was always one of the brightest girls in my class, and I even went to college, but it all seemed so far away.”

“By that time I was already a mother of two young children that made a very busy schedule for me.  Somehow I managed to secure admission into a program that allowed me to do some coursework and upon successful completion, they would allow me to go to medical school.  I could not believe my eyes or ears, and I worked hard, so hard to make sure I could do it.  My grades were all very good.”

“But then I started to notice that my youngest son was not speaking as he should be, he was not developing at a proper pace. The doctors said that he had autism.  He would need speech therapy and physical therapy.  Hours of individual attention was needed and my husband he worked.  He told me he could not do anything. We needed the money; he had to go to work.  I was left with no choice and I had the acceptance letter in my hand, and I declined my admission to medical school.”

“After all of that work, someone had to take care of my son.  I had to care for my child, and I had to give up my dream for it.  I wish my husband had supported me more, so I could achieve my dream.  Even today when I walk on the sidewalk, and I am walking in one direction and one of you, a medical student, is walking the opposite direction and passes by me in a white coat.  I stop, and I turn around, and I look at you walking away, I see my dream that I had walking away from me.  I am so happy for each of you, and I am so sad for myself, that I did not find a way to make my dream.”

The entire room sat in silence.

Sitting in that room with nothing on my mind besides needing to get back to class at the end of the lunch hour this woman’s story really touched me.  I could feel tears welling up in my eyes.  This story just serves as a stark reminder that this is an opportunity that we were lucky to have been given.  It sucks sometimes.  It’s really hard.  It makes you want to punch the wall.  But no matter why you did it, there was something that drove you.  If you can keep a piece of that with you, remember back to the time you would have traded anything to be where you are today, everything gets a whole lot easier.

How this pediatrician practices medicine. Her way. 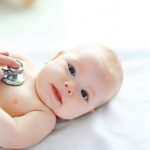 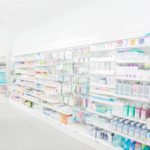