Polypharmacy was once the exception in psychiatry; now it seems to have become the rule. Patients frequently are taking 3, 4, even 5 psych meds at one time. And often it’s primary care doctors, not psychiatrists, who are doing the prescribing — usually without adequate training in psychiatry.

Some polypharmacy is rational — e.g., a patient with bipolar disorder who receives the combination of antidepressant and mood stabilizer.

But most polypharmacy is irrational — the result of carelessly adding meds without ever subtracting them; of treating each individual symptom separately; of chasing side effects; of too many docs providing uncoordinated care; and of patients demanding more meds than are good for them.

Polypharmacy has never been, and will never be, systematically studied in controlled clinical trials. It is hard enough doing simple studies comparing drug A vs. drug B vs. placebo. It is impossibly impractical to do studies comparing multiple drug regimen, because these would require too many cells and too big a sample size to test all the possible permutations. The result: Polypharmacy is rarely ever evidence-based, almost always a shot in the dark.

I have asked Dr. Luis Bastida Ribas, the director of a psychiatric clinic in Spain, to provide a clinician’s perspective on polypharmacy.

The patients referred to our clinic often arrive already taking many medications. Getting to know patients well enough for good diagnosis and treatment requires a lot of time that doctors don’t have. The easiest thing for a doctor to do to get the patient out of the office is give a pill. Or maybe 2 or 3 different kinds of pill. And often patients want unrealistically fast solutions to problems. If the problem doesn’t get solved quickly or completely, the doctor and patient may resort to polypharmacy.

1. Polypharmacy makes it impossible to know which med(s) work and which don’t and which meds are causing which side effects.

2. Polypharmacy usually results in more harm from accumulated side effects than benefit in improvement of symptoms.

3. Polypharmacy can lead to overdose and even death, accidentally or in suicide attempts, especially if the prescribed drugs are combined with alcohol or with other unprescribed drugs.

4. Polypharmacy triggers abstinence when patients quit meds abruptly (and they will if you give them too much). Relapse risk is higher, and new stressful withdrawal symptoms will appear that may be confused with recurrence of the original problem.

5. Polypharmacy requires complex and confusing pill taking regimen that patients usually don’t get right; they often take too much or too little of the medications prescribed or take them erratically.

6. Polypharmacy is often extremely expensive; an economic burden on the patient and/or the treatment system that deprives resources better spent on other services.

We should be spending less of our resources on medications that may be harmful, more to support time for getting to know the patient better and to provide better services and housing.

Deprescribing must be done very slowly, one drug at a time, and under close medical supervision alert to signs of withdrawal or relapse. Patients often feel much better as side effects are reduced or disappear altogether.

Thanks so much Dr. Bastida Ribas. Polypharmacy is particularly common and particularly problematic in the elderly. The older the patient, the more likely that many different drug prescriptions have accumulated over time. Doctors are much better at starting meds than stopping them.

Polypharmacy is also often a particular disaster in the elderly because they are less good at clearing meds and metabolites and are thus prone to cumulative side effects. These are often then misdiagnosed as new symptoms and mistreated by adding even more toxic medicine. Any psych symptom in an elderly person should always first be considered a drug side effect.

If you are on multiple meds, don’t stop or reduce any of them because of what has been said above. Deprescribing requires more skill than prescribing and stopping meds is lots harder than starting them. Changes must always be very gradual and in close collaboration with the doctor. 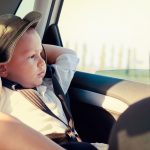 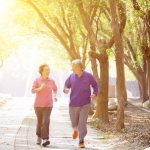 The problem of polypharmacy in psychiatry
1 comments