Treating pain is a notoriously tricky business. But it’s even harder if the medications on which we rely are inappropriately marketed. Last month, a Los Angeles Times investigation of Purdue Pharma asserted that for years, the company falsely elevated the efficacy of its twice-daily OxyContin, a powerful opioid pain reliever. The Times’ review of evidence — including three decades of court cases, investigations, patient and sales rep testimonies — provides good data that the drug’s effect may not, as claimed by Purdue, last for 12 hours across the board.

In other words, OxyContin may not be the magical drug that provides longer-lasting pain relief than all other oral opioids. Purdue has argued that the Times’ claims are not valid, and it remains to be seen whether there will be federal investigations into this claim as recommended by Massachusetts Sen. Edward Markey.

In the meantime, as a doctor who bought the hype about OxyContin’s twice-daily efficacy for decades, I’m frustrated. While my gut sense that someone was pulling the wool over my eyes was correct, I was casting blame in the wrong direction — toward my patients.

At first, OxyContin seemed like a wonder drug. The first glossy magazine ads started appearing in the mid or late 1990s, and one of my first patients who swore by it was a grandmother in Baltimore. She had really bad knees — so bad, she told me, that they felt like “a dog was gnawing on the bone.” Surgery wasn’t an option, and she’d tried acetaminophen, ibuprofen, steroid injections, and even the short-acting version of the active ingredient in OxyContin, oxycodone, which helped a little but wore off after a few hours. And then came OxyContin, and it changed her life. She walked with a spring in her step, slept better, and had more energy for her housework, her church work, and her grandkids.

During my residency, and in my early years as a primary care physician, it was widely believed that doctors had been woefully undertreating pain. It was high time to heal our long-suffering patients. Pain became the “fifth vital sign” –something to be addressed at each office visit. If ibuprofen and Tylenol didn’t cut it, we learned to have no qualms about prescribing strong opioids in generous quantities. And so I was happy to write a prescription for the grandmother every month. For her, it was a miracle drug.

I moved to Connecticut in 1999 and started a new primary care job. Many of the patients with chronic pain I inherited were already on large quantities of oxycodone and other opioid medications.  The goal in those years was to transition these patients to long-acting pain medications for a number of reasons: A smaller number of pills dispensed each month meant fewer pills that could be shared or sold; and the long-acting medication promised a steady level of pain relief rather than the ups and downs of taking the shorter-acting ones multiple times a day.

But switching people who’d been on oxycodone, which lasts four to six hours, to the long-acting versions was not easy. One man had been getting 224 tablets of oxycodone a month for chronic back pain from another doctor for years — that’s an average of eight tablets a day. Initially, I tried to switch him to OxyContin. While it provided some relief for a few hours, the pains and aches returned way before 12 hours had passed. Following the prescribing guidelines, I increased the milligrams of OxyContin per dose and kept the dosing at every 12 hours, but my patient told me that even that massive amount didn’t last any longer. He still needed several oxycodone tablets in between, which increased his risk of addiction and overdose.

Long after I agreed to switch him back to oxycodone, I wondered if he’d even tried the OxyContin, or if he’d simply humored me with the end goal of beefing up what I imagined was an opioid stockpile. I remained suspicious for the duration of the time I was his doctor.

He told me he took five or six oxycodone tablets on most days, not eight, but when I suggested cutting the monthly amount down, he wasn’t happy. He argued that he needed the extras from time to time, for bad pain days, and that he was terrified of running out. I couldn’t help wonder if he was selling or sharing some of his hefty supply. But he passed the occasional urine drug tests.

The Times investigation proposes that what I was misinterpreting with this patient — and, I realize now, many others — was this: In those large doses, OxyContin controlled pain well but not for the expected 12 hours. In between, there was pain and sometimes withdrawal symptoms. When patients told me it wasn’t enough, my antennae would shoot up. I couldn’t help but wonder if they wanted the larger quantities of shorter-acting pills for their street value. Maybe some did, but I’m sure there were plenty who did not; all ended up on my mental list of patients not to be trusted.

I knew implicitly that patients responded differently to pain medications for many reasons: diverse metabolism rates, expectation for degree of pain relief, baseline severity of pain, as well as experience with other medications. With other medications, I would titrate the dose or interval as needed. But with OxyContin, I dutifully followed the Food and Drug Administration’s guidelines because the cost of prescribing too much seemed too high to me. It never even crossed my mind that the FDA’s guidelines, and the product being provided, might be wrong.

Recently, I spoke with a pain medicine specialist who told me he’d always been taught that, contrary to FDA guidelines, he should prescribe OxyContin three times a day. He said his mentors in the field knew that twice daily simply wasn’t enough for most patients. I wish I’d known that a long time ago. Now, 10 or so years later, I can’t help wonder if Purdue and their effective marketing insidiously and negatively tinged my relationships with many of my patients with chronic pain.

We doctors are taught not to make assumptions about any patient’s motivation. Unfortunately, the opiate epidemic has hardwired us to be suspicious as soon as we hear the word “pain.” Thanks to the Times investigation, I’m trying hard not to write off a patient as drug-seeking as soon as they report a pain medication doesn’t work. In the case of OxyContin, I’m ashamed of how much power the pharmaceutical company has had over doctors, but I’m most ashamed that I assumed some of my patients weren’t telling the truth.

Anna Reisman is an internal medicine physician and can be reached on Twitter@annareisman.  This article originally appeared in Slate.

A reminder that there are no guarantees with cancer 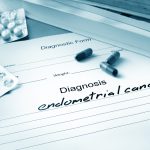 A medical student delays reporting his needlestick. Here's what he learned. 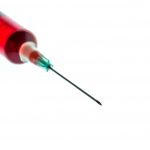 How OxyContin taught doctors to trust pills over patients
13 comments