“Someone else will lend a helping hand,” a physician told me once, when asked to help with an emergency in public.  As a PALS instructor for more than a decade, I have always responded when possible.  In the last decade, there have been three in-flight emergencies, two elderly individuals who passed out in church, and a host of other less serious maladies.  A week ago, I discovered the best reason I can think of to respond to medical emergencies yet.

“Did you save that man, mommy?” my 4 year old daughter asked while looking at the dented vintage red VW bug in front of her school.

“No, I was there to help him if he needed me”, I answered.  I had been stopped on a two lane road with my left turn signal blinking to turn into the driveway of her preschool.  I was five minutes early, which is as unusual as the events that unfolded next.  Two cars behind me a driver was attempting to pass the line of cars and tried to stop, realizing it was unsafe.  He skidded leftward into oncoming traffic as a group of motorcycles passed going the opposite way.  The sound of shattering glass followed as the motorcycle and automobile collided.

The school windows were open due to the warm weather so the children heard the loud crash.  Traffic going the opposite direction came to a complete stop, blocking the driveway to the school.  I was unable to turn in to the parking lot, so I turned off the engine, got out, and yelled for someone to call 9-1-1.  A firefighter was in the car behind me and we reached the injured motorcyclist about the same time.

He assessed the victims’ neurologic status and I checked ABC’s and unzipped his jacket for better exposure.  He was coherently speaking with us and looked stable on initial assessment, so we agreed to keep him immobilized until the paramedics arrived and could properly stabilize his C-spine.  I will not bore you with the details of emergency care as that is not the main point of this story.

The teachers let the children know none of their parents were injured and would be coming to get them soon.  In all the chaos, parents were able to pull into the driveway (someone moved my vehicle to a safer location), pick up their children, and leave.  My middle children, ages 4 and 6, knew I was waiting with the injured motorcyclist for help to arrive.  Unbeknownst to me, my daughter kept asking to go outside and survey the scene.  Medicine might just be in her future.

All four of my children have spent a great deal of time in my office over the years; they visit me before school and “work” there on early release days putting together charts or doing clerical tasks.  They have entertained siblings of patients, held the hands of children receiving immunizations, and reviewed x-rays with patient permission.  They know what physicians do.

“Mom, I know you care about people and try to help them when they are hurt,” said my 6 year old the next morning at breakfast while we discussed the previous day’s events. Based on this experience, I have come to the conclusion physicians have a duty to respond to emergencies if they can.

When an accident occurs literally next to me and I do not to respond, what am I teaching other people about physicians?  More importantly, what message am I sending to my own children?

Our children are always watching us.  A dozen children at school that day are patients of mine.  Three mothers in line picking up their children walked to the scene and were visibly relieved to see me standing there.  “Oh good, you are here.”  The teachers, motorcyclist, and his friends were grateful as well.

As physicians, we have more training than any other healthcare worker in medicine.  We should respect our vast knowledge base and utilize it to ease the suffering of others if we are able.  Our profession is an honorable one.  Comforting others is a calling, not a job to which we clock in and out of every day.  That fact is what truly sets physicians apart. When the time comes, I hope you help without hesitation when called upon to be a Good Samaritan.  Personally, it reminds me of the reasons I became a physician in the first place, prompts me to be thankful just for being alive, and hopefully helps my children develop more compassion and empathy for others in the world. 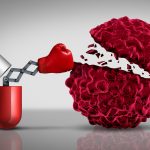 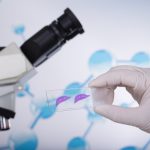