What is your dream job? It’s the one you would do every day even if no one paid you. When you find it, you never really go to work each day, you go and play. If that is the kind of joy received from working, then burnout will likely be a long way out of reach. Are there any jobs like that out there for doctors? Yes, there are. But before you can go out and find your dream job, you must first define what it looks like.

The first step in defining a dream job is to find out who you are. A teacher, inventor, leader, follower, loaner, team player, employee, or employer? What makes you tick? Understanding your deep-rooted personality characteristics is important. If you are having trouble with this, ask some friends or relatives or your spouse. Maybe even take a personality test. When you fully understand what drives you, what kind of person you are, then you can set out to find a practice to fit.

If research is not your thing, then looking for a university position will be a bad idea. Happiness will elude you in that setting. If you know you are a small town kind of person then looking at the jobs in New York City, even though the pay is higher, will be a recipe for disaster. One of the biggest factors in your future well-being is job satisfaction. Spend as much time as you need to define exactly what it is you are looking for, and then you will know it when you see it.

One of the first things a young doctor with lots of debt looks for in a job is the salary. I know it seems counterintuitive, but salary is at the bottom of the list of important factors in picking a job. Remember, you want to find a job you would do for free anyway. If they have to pay you to do it, it’s work. If you are doing it because you love it and just happen to get paid, that’s a great career. You will make plenty of money at almost all of the opportunities, so don’t let money be your guide. Making a choice because of the money is almost always a setting for disappointment.

Many young doctors are driven to choose a position in an underserved area for the loan forgiveness. Their debt is so overwhelming, it begins to take the driver’s seat in the decision-making. No amount of loan forgiveness will be enough to keep you happy if you don’t like the job or the location. Salary has a way of losing its luster when you dread going into the office. If you love the position and work hard, the money will be fine.

I met one doctor who was looking at two positions in the same town, one as a hospital employee and the other in a private practice with a path toward partnership. I asked him what his thoughts were about the two. He told me he was going to take the employed position at the hospital because it would be easier to leave than a partnership. I couldn’t believe my ears. He was deciding to take his first job as a physician at the same time as he was planning to leave that same job. He had not bothered to take the time to figure out what he wanted to do or where he wanted to live, so he was going to take something that would be easy to quit when he figured it out.

I don’t think he realized the expense, pain, and anguish that go into leaving one practice to start another. Why, after all those years of training, would he ever settle for less than the best for his family? Haven’t they been through enough already? He did move somewhere else less than two years later, before his contract was up. Since the hospital had advanced him some money, and he left early, he had to pay part of his advance back. How much better would it have been to take the position he wanted in the first place? Life is too short for that kind of nonsense. Another house move, another hospital system to learn, another town to learn, another school to be the new kid in, another job for your spouse to find if they work, leaving all the friends you made, and on and on.

Your family’s happiness will be heavily dependent on your happiness. So find out what your dream job is and go get it. Don’t settle for anything less than the spectacular life you were meant to live. Otherwise, all those years of training were for naught.

When it comes to your health care, buyer beware 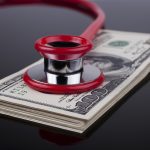 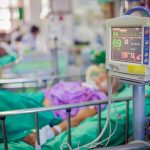 When looking for a physician job, salary is the least important factor
17 comments