At 6 a.m. one morning, I was playing tennis at our local athletic club a few months ago.  Sam, working at the front desk came running down onto the courts.  “There is an emergency and a woman on the phone says she needs your help.”

I will be honest; I panicked a little.  My husband was home asleep as were my four children.  My thoughts as I raced up two flights of stairs to reach the phone were, “Could they be injured or in trouble?”

A young woman was crying and saying her mom was asking for me.  I still could not figure out who was on the phone.  Who knew I was here, at this time of the morning?

I was still trying to piece this together in my brain.  Mary’s son was very sick, in a hospital, out of state.  Her mother kept saying I was the only one who could help.

Mary had been a co-worker of mine when I was a medical student 20 years ago.  She worked at our local health department where I conducted a study evaluating the benefit of home visiting services for children.  I had spent the summer of 1996 accompanying her on visits to homes in some of the most impoverished parts of my hometown.  More than a decade later, the program was cut due to lack of funding; I jumped at the chance to have her work at my office.  She had since returned to home visiting work in our community.

On the phone, Mary was sobbing to the point I could not understand her.  Her husband got on the phone and said their son, was very ill and lying in an ICU with kidney failure.  Their daughter-in-law had contacted them but could not relay the exact details of his illness.

“Please call the hospital and help us find out more, so we know what to do.”

I doubted I could help them; I did not think the hospital would even talk to me, but told them I would do my best.

I thought about their son’s chart in my office.  I had shredded it two weeks before; it had been more than a decade since I had last seen him and he was in his thirties now.  I take care of his son, Mary’s grandson, who is a young teenager.  I thought about what this loss would mean for my young patient as I dialed the number and asked to speak with the ICU nurse.  She came to the phone.  I explained that I had been her patient’s primary care physician many years ago and a family friend for two decades; I inquired as to his clinical status so I could inform the family.  She told me he was critically ill; they were doing everything they could to keep him alive.  She was not sure he was going to make it the next few hours, let alone days.

I let her know I would relay the information to his parents and recommend they get on a plane.

“I am not sure they should be told he could die at any moment,” she replied.

I conveyed there was no one else better to relay that kind of message.  She wished me luck.  As I dialed Mary’s number, my thoughts turned to my own brother who had died in an accident eight years before.  I remember that phone call like it was yesterday and the crushing pain that followed when I was told the tragic news. I had watched my own parents lose their son.  I knew what this family may experience today, tomorrow, or next week.

This was different; their son was alive, and they still had a chance to see him.  Mary answered the phone.

“Your son is critically ill and may die today.  I am so very sorry.  The best thing I can tell you at this moment is to get on the first plane available and go see him.  I hope you have a chance to say goodbye, if that is what is to happen.”

They thanked me.  I was crying as I hung up the phone still sitting in the dark parking lot outside the tennis club.

Their son made it through and had a long road to recovery.  Hippocrates said, “Cure sometimes, treat often, comfort always.”  As a small-town pediatrician, I understand these words better than ever before.  Our job as physicians is not always to diagnose, treat, and cure.  It is also to ease the suffering of others and comfort them whenever we can.

The relationships with families continue long after their children are grown up and become parents themselves.  More than a dozen parents in my practice were my patients as children, and now their children are my patients as well.  Our role in the lives of the human beings for whom we have lovingly cared is a wonderful blessing, but also a grind on my heart.  It is a relationship I treasure.

The names and circumstances have been changed to protect patient privacy. 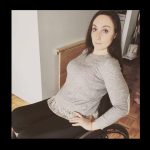 A letter to a suicidal transgender teen 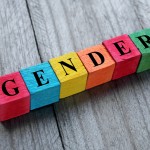