For most of residency, I missed the opportunity to care for veterans — mainly for selfish reasons, including my unwillingness to learn a new EMR and hospital. Once I became a chief resident, I realized that I would be spending four months at our local VA hospital. When I first came to the VA as a chief, my goals were similar to that at any other site at which I work: Get to know the staff, present quality conferences, and look after the residents. Little did I know that the VA would open my eyes to the special concerns of the millions of Americans who have served in the military.

On my first day, I was incredibly touched by how different it was to walk in the hallways at the VA, compared with my other sites. A casual trip to the cafeteria was showered with “Good morning, Doc. How you doing, Doc? Have a great day, Doc” and any other respectful salutation that you could think of. It initially seemed to be casual conversation, but I soon realized it was a sign of the culture. A military culture of respect that was palpable even in the hallways or cafeteria!

As I continued to adapt to my environment, I learned that this patient population had unexpected subtle differences from my other patients. There was a spirit of stoicism that often led me to underestimate how much pain a veteran was really in, and often left me surprised when I would check the medicine administration record to see my patient with an impressive wound had not requested any pain medication. Then there was communication of treatment plans — the veterans, as a whole, did not like uncertainty. I often found patients telling my team, “Doc, I don’t want to be no guinea pig. You know what you’re doing, right?”

I often stopped in my tracks and felt a gut check when a veteran opened up to me about seeing the death of a friend, being away from home for years, or having nightmares from their time in the military that often was many decades ago. I was most humbled by the patients who were the same age as I. The young man or woman who, if I saw him or her in the mall, I would never know the depths of the service they had given. Today’s veterans have new faces that I wasn’t prepared for. They are not just the faces of my great uncle and grandfather (both veterans); they look like friends I went to college with.

There are more than 2.6 million service members that have been deployed to Iraq and Afghanistan since 2001, and many of these Americans have returned to civilian life after serving their country. This generation of veterans are jumping back into the civilian workforce and seeking care from civilian health care providers. The medical needs of this population are specific and include monitoring for post-traumatic stress disorder, substance abuse, depression, and long-term sequela of traumatic brain injury. Without my time working at the Veterans’ hospital, I might never have learned how to appropriately care for this population. I truly feel a tremendously deep appreciation for the sacrifices that these patients have made. Many of them are homeless and have yet to recover from what they encountered while in the military.

Today’s veterans are a heterogeneous group who deserve physicians who will adapt to their needs and see them in respectful light. I encourage all young medical students and residents to see their time in Veterans Affairs hospitals as a unique opportunity to learn, connect, and truly see this special population through an honest lens. My own lens is forever changed, and I hope to say, “thank you for your service,” a little more often than just on Veterans’ Day.

Briana Buckner is an internal medicine resident who blogs at Insights on Residency Training, a part of NEJM Journal Watch. 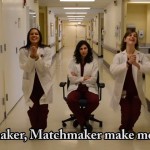 Observation status and readmissions: The data may surprise you 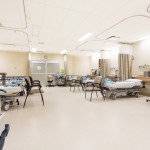