I’m sure you have read several recent studies suggesting that current general surgery residents are poorly trained and unprepared for independent practice at the completion of residency.

My questions for you:

1. In general, do you agree that current general surgery residents are poorly trained and unable to operate independently at the completion of residency?

2. What should we do differently? I personally don’t feel that “more simulation activities,” which many have suggested, is an adequate solution.

Thank you for the excellent questions.

I have been out of the surgical education loop for a few years and no longer have first-hand experience, but the literature does indicate that some surgical residency graduates are not ready to practice by themselves.

In 2013, I blogged about an Annals of Surgery paper reporting as many as one-third of subspecialty general surgery fellowship directors felt that about one-third of incoming fellows were deficient in several areas and unable to independently perform a laparoscopic cholecystectomy or 30 minutes of a major case unsupervised.

This paper was criticized by some because the fellowship directors surveyed were not subspecialtists recognized by the ACGME. The implication was that fellows in these programs might not be representative of all surgical graduates. However, many of them were minimally invasive fellowship programs which continue to be highly sought after.

Does it really matter? Some general surgery graduates apparently can’t operate by themselves.

In 2011, I blogged about a paper that reported 27 percent of all graduating surgical residents surveyed were not confident performing surgery by themselves. That was approximately the same percentage identified by the fellowship program directors.

Regarding what can be done about the issues of confidence and training, I agree with you about simulation. You can simulate all you want, but being alone at 2 a.m. with a patient who is bleeding out cannot be adequately simulated.

The American College of Surgeons created a Transition to Practice Fellowship in 2013. They later change the name from a fellowship to a program. Of course, I blogged about this too. As far as I know, not many hospitals are involved. How many graduating residents have enrolled in this program is unknown.

Henry Buchwald, a prominent senior surgeon, recently advocated establishing “open surgery” fellowships and wrote, “I submit that it would behoove our training programs to return open surgery schooling to their curricula.” However, he doesn’t explain how this could be done or where one would go to do a fellowship and open surgery.

Life imitates art. In a post last year, I cited the visionary surgeon Leo Gordon who saw it coming in 2002. He predicted the need for a “macrolaparotomy” course, and said it could be run by the newly created “American Board of Open Surgery.”

The lack of confidence stems from the gradual increase in supervision of residents over the last 15 to 20 years. In yet another blog post, I pointed out that many of today’s residents rarely if ever operate independently during residency training. To realize you are on your own as a full-fledged surgeon without ever having performed a case by yourself must be frightening.

With all the ACGME regulations, medicolegal concerns, and extensive scrutiny surgeons and trainees are subjected to, I don’t see this problem going away anytime soon.

All you can do as a surgical resident is to try to scrub on as many cases as possible and take care of as many patients as you can. With luck, you may have faculty who have enough confidence in themselves to allow you some autonomy and decision making in the OR and when managing patients pre-and postoperatively. 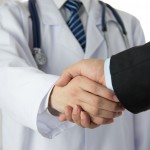 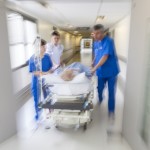