Currently, in American health care, experts are wringing their hands in confusion.  I mean, people have insurance, right?  And yet, health care is still expensive and dang it, people just keep going to the ER.  Visits are climbing everywhere, and I can speak from personal experience when I say that we’re tasked with more and more complex and multi-varied duties in the emergency departments of the 21st century.

I’m not a medical economist.  I do have some thoughts on the well-intentioned but deeply flawed Affordable Care Act. However, I won’t go there right now.  What I do want to address is the “go directly to the ER” mentality of modern American medicine.

Call your physician.  If it’s after hours, the recording for any physician or practice of any sort in America will have a message:  “If this is an emergency, hang up and dial 911.”  It’s a nice idea.  But of course, it presumes that everyone really understands the idea of emergency.  In fact, they don’t.  We understand that, or we try to, but we see lots of things that come in ambulances, or just come to the ER, that really aren’t.

“I feel fine, but my blood pressure is up.”

“I was bitten by a spider, and I watch nature shows, and I know how dangerous they are.”

“I have a bad cold, and I have taken two rounds of antibiotics.  I have an appointment with my doctor tomorrow, but I thought I’d just come on in to get checked out.”

The list goes on.  In part, it’s because we do a poor job of educating people about their bodies and their illnesses.  Online searches usually result in someone self-diagnosing Ebola or cancer, so that doesn’t help much.

But in part, it’s because the ER, the ED, has become the default.  Surgical patients are told to have wound rechecks in the emergency department.  Kids with fevers are directed there by pediatricians or family doctors or secretaries.  People who need to be admitted are sent in “just to get checked before they go upstairs.”  Or sometimes, so the physician on duty can do the negotiation with the hospitalist, rather than having the primary care physician do so.

Why is the ED the default? In 1986 Reagan championed and Congress passed EMTALA, the Emergency Medical Treatment and Active Labor Act, which says you can’t turn anyone away for reasons of non-payment.  Another well-intentioned bit of government meddling, it never provided any funds for its expansive act of compassion, so many emergency departments and trauma centers simply shut their doors.  You can’t see patients for free all day and still meet your budget.  I think something needed to be done, but it probably went too far.

Fast forward.  Insurance is expensive even when the government mandates it. Whether for fear of litigation or due to over-booked schedules everyone else can always send patients to the ED day or night for any reason.  We still function under EMTALA, and that will never, ever change.  Patients have little to no expectation of payment when covered by Medicaid and know it (and thus use the ED for everything, and I mean everything.  We are seeing expanding lifespans for the elderly, but with more complex illnesses being treated and “survived.”  We have fewer and fewer primary care providers.

Who actually thought emergency department visits would decrease, and why?  Did they ask anyone who saw patients on a daily basis? Or only lobbyists, administrators and progressive academics with starry-eyed fantasies?

I want to take care of everyone. But the Titanic that is emergency medicine in America is sinking.  We really, honestly can’t bear the burden for all of the chaos of our national health care.  And don’t tell me that if we have a single-payer system it will change everything, because it won’t.  EMTALA will go on, and doctors paid by the feds will not be more productive than they are now, so everything will still flow to the emergency departments and trauma centers of the land.

This isn’t about rejecting the poor, or even criticizing Obamacare.  It isn’t about single-payer or Medicare for all. It’s about entrenched behaviors and facing the reality of the system we’ve created which allows one part of the system to attempt to carry the limitations of the rest.

And if it’s true anywhere, it’s true in the emergency departments of this great land of ours.

Where the answer to every crisis is: “Hang up and dial 911.” 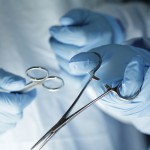 How safe are home births? A pediatrician explains. 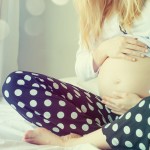 The “go to the ER” mentality of American medicine
59 comments