Psoriatic arthritis can be a debilitating condition. It can lead to painful complications such as neuropathy. Its treatments can lead to complications such as shingles, which can leave a patient with continuing pain. Ehlers-Danlos Syndrome is for most patients a painful condition that leads to spontaneous dislocations, early arthritis, and frequent migraines. My husband and I have decades of experience between us in living with these conditions.

My husband and I are also physicians with 57 years experience working with patients between us. We have a world of inside information from both sides of the aisle on the chronic pain issue. Too many opioid scripts are written for conditions that don’t really warrant it, but not enough are written for conditions that do. The result is some drugs don’t end up in the right hands, people are harmed, and people who are in pain are harmed by not being able to access care.

Quite obviously, the real world outcome of the current solution is that fewer and fewer physicians will even consider prescribing these medications. A better solution is to use them more wisely, and agree that doing so will bring down the number of accidental deaths.

To lower this number, we could also assure that suicides don’t get counted as accidental overdose deaths (they do), that every autopsy where there is a trace of a substance is not counted as a drug death (they are), and that heroin and illicit drug deaths are not added to the total deaths due to prescription drugs to jack up the numbers (they are). Right now, people who have lost access to effective care and choose to end their lives because of it are actually counted as people harmed by free access.

We need to be capable of having an honest conversation, rather than letting opportunists looking to build their substance abuse practices speak for us. I feel for those who have lost family members to overdoses, and I feel for people who have fallen prey to addiction, but a lot more treatment options are available for addicts than for people in pain. All drugs have side effects, and all drugs kill people. We have to decide how much collateral damage we are comfortable with. In this situation, there’s going to be collateral damage on both sides, it’s just a matter of how balanced it is. 400,000 people die yearly from medical errors, and no one is advocating we never see a physician again because of that. Have you ever heard “physicians don’t work, they kill people”? That’s because this argument isn’t balanced. Who has the money and the power? There’s an elephant in the room, people. A great big, absurd elephant.

Stop focusing on alternative pain treatment. If mental and physical therapy, acupuncture, exercise, and meditation without opioids were good enough, we’d meditate our way through major surgeries, do pilates while giving birth, and run to the acupuncturist every time we had a kidney stone. Let’s also stop pretending the pain some people feel every day isn’t as bad as the above examples and doesn’t deserve relief.

We could talk about what people can do in their homes to safeguard medication — that never comes up. We can talk about how to protect the doctors who are writing responsibly — we don’t. Instead, the runaway DEA budget is its own battering ram that just keeps barreling forward. The discussion is “these meds don’t work,” when there is clear evidence that they do. We could talk about how to protect pharmacists who are just doing their jobs, and patients who are following the rules, without treating them like criminals. We need professionals who are not advocating complete abstinence to speak up. We need to have the tough conversation before opioids are no longer prescribed, and we find out too late that people are still dying from overdose, no one can get their pain treated, and the cycle eventually reverses and continues and we make the same mistakes again.

My husband and I are great spokespeople for this cause and great references, but every time we contact politicians, legal groups, advocacy groups, patient groups, etc., mostly no one wants to hear what we have to say. Why? Let’s talk openly, honestly. Let’s do it.

One more plea: We need to hear from the large number of doctors who think people can be safely treated with these drugs, yet are completely silent while their patients are getting thrown under the bus. We know you don’t want to get fired, we know you’re tired and your day is long, but we need you to speak up now. If not for your patients, before it’s you or your family member; now is your chance to keep this from touching you personally. The deck is already stacked, but taking action now might keep it from getting worse.

Holly Clowers is a physician. 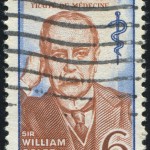 Society must decide what it wants from health insurance 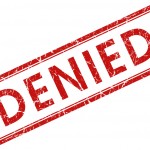