I like to consider myself an “evolved” clinician — one who believes in the patient’s voice, personally invested in shared decision-making, always ready to support my patient’s decisions, as long as I know it’s informed by the best data I have available, even when it is not the course I would want them to make. Most of the time I am able to be this kind of clinician, because so much of my time (and that of so many of my colleagues) is spent in getting to know each person I meet, beyond the cancer diagnosis. I get to know my patients as people; I come to understand how they live and who they love.

Remembering we are treating a person, not an illness, is a key to making decisions a shared endeavor. I wouldn’t have it any other way.

But even for me, there are times when I must fight an urge to be paternal, to put the “best” plan in place even when my patient does not agree. I’ll admit it — sometimes it can be a struggle between the authoritative voice inside me that wants to yell, “Just do what I tell you!” and the collaborative voice that says, “Stop. She is not a child. And you are not her father.”

It’s as if I have a devil and an angel perched on my shoulders, each talking into an ear, trying to sway me one way or the other.

Such was the case with Stephanie (name changed for privacy). Stephanie was in her early 60s when we met. She had advanced ovarian cancer and was deemed in remission after surgery and chemotherapy. Years passed, and she thought she was cured, until she developed abdominal bloating. Six years after her initial diagnosis, her cancer had returned.

She was devastated, wondering what would happen. She knew she needed treatment, but she cried because that meant losing her hair all over again, dealing with nausea, risking side effects, and leaving the precious and independent life she was living for the sake of cancer therapy and the vague promise of “more time.”

I recommended chemotherapy, told her that her chances of entering remission again were excellent. I explained that patients whose ovarian cancer relapsed late could be expected to respond well to re-treatment with the same drugs (carboplatin and paclitaxel) because their disease was more than likely sensitive to the prior treatment. I would treat with the goal of remission. I thought this news would be met with optimism and hope.

Instead, she saw the toxicities. To her, chemotherapy meant hair loss, nausea, fatigue, and neuropathy — all of which she experienced the first time. She felt miserable on treatment then and knew she would again now.

“No, I don’t want chemotherapy. It didn’t cure me the first time, and it can’t cure me now, so why bother,” she said. Instead, she wanted to try “natural” treatments, like the ones she read about on the internet. With that, she pulled out many pages of what appeared to be internet stories, including testimonials from women who received vitamin C treatments and went into remission, the benefits of a sugar-free diet, of extreme calorie restriction, and of alkalinization.

I sat there, trying to be patient, as she reviewed the information she had brought. That collaborative voice inside me wanted to hear her out, yet inside (if I am to be completely honest) I was flabbergasted. That authoritative voice inside me wanted to tell her she was wrong, and that I knew better; this “stuff” was a waste of time, and medicine and evidence were where the best treatments lay. I found myself restless, practicing restraint because it was taking all I could muster not to scream, “Just do what I tell you! I know what’s best!”

But I didn’t do that, because there is a truth about oncology and the treatment of recurrent ovarian cancer. The truth is, I could not cure her. Even with the best standard-of-care treatment available, her disease would likely recur, and odds are, eventually, she would die from this disease.

Ultimately, I let her speak and tell me about the information she found. She was drawn to a particular type of treatment, and I voiced my opinion once more: “I would prefer to treat you with chemotherapy instead of this, but if you want to proceed down this path, I won’t stand in your way.”

I knew she had heard me, had come to her decision in an informed way, and mostly that she needed to do this. At the end of our visit, I asked her to continue to see me monthly. “I just want to make sure that new symptoms do not develop, and if they do, I want to make sure we catch them early.”

As she got up to leave, she thanked me for my time and then, smiling, said, “Doc, I wouldn’t have it any other way.”

A kind word at bedside can be life-changing for patients 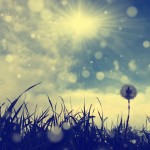 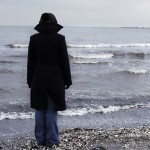