During medical school, we are taught the physiology, anatomy, and pathophysiology of hundreds of disease processes. One thing medical schools don’t teach well is how to cope with losing a patient. Some physicians will go many years as a physician before having their first patient die on them. Others will lose a patient earlier on during their career. I was the latter. I hadn’t even graduated from medical school yet when I lost my first patient.

“Help, she is not breathing,” screamed the nurse.

By that time, my colleague arrived, and we both ran over to see what the problem was. The patient’s oxygen saturation was in the 60s (normal is 90 to 100 percent). She was breathing irregularly, often a sign of impending death called agonal breathing. I checked her heart rate and could not feel one. She was essentially dead at that point.

The respiratory therapist climbed on top of the bed and immediately started pumping on her chest. I ordered the nurse to give 1 mg of epinephrine and instructed another nurse to grab the defibrillator. We rechecked her heart rate and still there was no such thing. By that time, the respiratory therapist was drenched in sweat from doing CPR. The hospital had no AC, in most parts, and I was told to hydrate at every chance. Everywhere I went inside the hospital, I carried a fresh bottle of water to avoid drinking the Liberian water.

We stopped CPR to check her rhythm on the monitor: Ventricular fibrillation, an indication for defibrillation. I grabbed the two defibrillator paddles and told everyone to stand clear. I shocked her with 200 joules of electricity. When she jumped from the electricity of the defibrillator, I jumped from being startled. Even though I saw it during medical school, I never had to shock a patient back to life myself and never had to run a code blue alone.

I glanced over at the monitor. Flatline.

At that point, I knew what we were doing was futile and had the patient survived the cardiac arrest, she would have likely died from her liver failure. Also, the hospital did not have lactulose, a medication given to patients with hepatic encephalopathy. Even though she had a flat line, and I knew it wasn’t indicated, I wanted to shock her again. What would we lose? This time 300 joules of electricity. She jumped. Still nothing. Flatline.

Even after everything we had done, nothing seemed to bring her back.

As a physician, our main objective is to save lives. Sometimes, no matter what you do, there is nothing you can do to save some patients. There was nothing I could do for her. Even though I tried everything that I learned in medical school, nothing would bring her back. I will never forget that feeling. A feeling of helplessness. A feeling of despair.

As I left Liberia, one of the Liberian doctors stopped me on the way out and said, “Make sure you come back. We need you.” Weeks later, I learned that same doctor, along with several other physicians that I worked with, died from Ebola — leaving behind a hospital that soon closed its doors and a county left dismantled from the deadly virus.

Antonio Webb is an orthopedic surgeon and can be reached on his self-titled site,Antonio J. Webb, M.D. 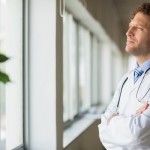 An open letter to Justin Timberlake 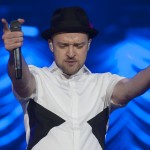