In June 2014, the first patient with Ebola arrived at Liberia’s county hospital, Redemption. As tensions grew around the city of Monrovia, administrators at JFK Hospital began to devise plans for handling patients with suspected Ebola. Officials from the CDC then came and gave us lectures. They discussed prevention of spreading and what our plans would be in the event of a potential outbreak. Before that moment, there were no clear plans for what to do if a patient presented with symptoms of Ebola. No plans for isolation. No plans for treatment. To make matters worse, the scarcity of gowns, gloves, and personal protective attire presented a big problem.

At that point, we never imagined that Ebola would become so deadly and devastate a country so quickly.

“OK great! Since you are here, I am going to head home and get some cashews.”

He quickly left and headed out the ER back door.

My first patient was a 40-year-old diabetic female who came to the ER for a foot ulcer, likely from uncontrolled diabetes. I glanced down at her foot and then looked up at her. She was tearful and seemed embarrassed about waiting so long to come to the doctor. Her foot was mottled in appearance — she’d probably had the ulcer for some time.

“Can I get a pair of gloves?” I asked to a nearby nurse.

The nurse looked at me, rolled her eyes, and walked away. Ten minutes later, she returned with two gloves and even then, hesitated about giving them to me.

“Should I not be wearing gloves? Are we conserving them?” I thought.

Supplies were limited, so I was forced to improvise and use whatever I could find. I found a surgical blade and pair of scissors, on the other side of the ER. As I scraped away at her ulcer with the blade, which I rigged onto the pair of scissors with tape, I realized that her diabetes had caused her to loose sensation in her foot. So bad, in fact, that she did not feel the blade as I cut into her skin.

Her patient’s oxygen saturation was in the 60s.

I checked her heart rate and could not feel one.

The respiratory therapist climbed on top of the bed and immediately started pumping on her chest.

I ordered one nurse to give 1 mg of epinephrine and instructed another nurse to grab the defibrillator. I rechecked her heart rate and still felt nothing. By that time, the respiratory therapist was drenched in sweat from doing CPR. The hospital had no AC, and I was told to hydrate at every chance.

We stopped CPR to check her rhythm on the monitor: ventricular fibrillation (v-fib). I grabbed the defibrillator and told everyone to stand clear. I shocked her with 200 joules of electricity. When she jumped from the electricity of the defibrillator, I jumped as well, startled. Even though I saw it during medical school, I never had to shock a patient back to life myself, and had never run a code blue alone.

I glanced over at the monitor.

Even though she had flat lined, and I knew it wasn’t indicated, I wanted to shock her again. “What would we lose?”I thought.

This time, I used 300 joules of electricity. She jumped. Still nothing.

Even after everything we had done, nothing would bring her back.

Minutes later, an older gentleman with atrial fibrillation came in with right-sided weakness and slurry speech. Instinct told me he had likely had an embolic stroke from his a-fib.

We learn in medical school that, “time is muscle.” All we had at that point, however, was time. In the U.S., we send suspected stroke patients immediately to the CT scanner and activate a stroke team. Then, we administer medication to restore blood flow to the brain.

There was no such thing in Liberia. No stroke team. No CT scans. No medication for strokes. Just time.

And time we were wasting.

We could not do anything for him. He likely suffered continuous brain damage, something very much preventable in the U.S.

I sat down to catch my breath, my mind running through everything that had occurred during the day. The day had been insane! I then remembered the ER doctor who left earlier in the morning to get cashews. He never showed back up.

I shook my head and thought to myself, “Welcome to Africa!”

I soon left Liberia and was fortunate to not contract Ebola, although I treated several patients with suspected symptoms. Unfortunately, I cannot say that for everyone that I worked with. A few weeks after my departure, Ebola became rampant in Liberia. It further weakened and destroyed a country that was already on the verge of recovery from the 1990s civil war.

The Liberian medical infrastructure was not ready for such a deadly outbreak. The WHO estimated that the Liberian’s capacity for treating Ebola was insufficient by over 2,000 beds. In some areas of Liberia, protestors began attacking hospitals because they thought the disease was a hoax. Many areas of Liberia that were seriously affected lacked basic supplies and had limited access to soap and clean, running water.

The virus soon took the life of Dr. Solomon and several other physicians that I worked with. JFK Hospital closed its doors to patients not much longer after, eliminating what minimal health care that had existed.

Rest in peace to the Liberian doctors I worked with while there. They placed their lives on the line and passed away doing something they enjoyed doing: helping others. They cared for patients despite inadequate and unsafe resources, clean water, air conditioning, and insufficient training in infection control. They continued to sacrifice themselves, even after a deadly disease such as Ebola, wreaked havoc throughout their country.

Antonio Webb is an orthopaedic surgery resident and can be reached on his self-titled site, Antonio J. Webb, M.D.

8 tips to survive the marathon of a physician career

Nancy Snyderman shows indifference for her role as a medical communicator 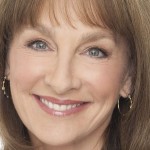