As physicians, we are trained to look for change. We look for changes in lab findings and change medications, and we ask our patients, “what has changed since I saw you last?” We are always trying to get our patients to change in one way or another. Doctors are hardwired to seek changes that produce a dopamine release in our brains. We love it when patients see an improvement in their health as a result of the changes we recommend and implement.

It’s easy to get frustrated, sad or angry when the work you have invested does not produce a positive outcome. In medicine, this is easily illustrated by those who care for patients suffering from addiction or substance abuse. Instead of facing difficult emotions that come with patient care, some clinicians will write these patients off as helpless or hopeless. This is to say that they believe there is no possibility that medical or therapeutic interventions will bring about a meaningful change.

Sometimes physicians adopt a unique brand of gallows humor to cope with the difficulty of treating patients with addictions. On one occasion I heard a resident joking about discharging an alcoholic patient to the bar, since “that’s where he was going to go anyway.” On another occasion, I heard a nurse angrily talking about how patients with addictions were “a colossal waste of everyone’s time and the hospital’s resources.”

As a medical student, hearing medical professionals talk about patients like this was quite disturbing. I empathized with their frustration, yet couldn’t quite stomach their lack of compassion for these patients. I knew these seasoned clinicians had years of experience with these patients and their “empty promises,” but I hadn’t seen enough to become jaded just yet. I wanted to better understand the people who caused my teachers so much grief.

Unfortunately, due to a lack of time and perhaps a lack of guidance on approaching these conversations, this was never really possible in the hospital setting.

Earlier this year, I was fortunate to have been selected to participate in the Hazelden Betty Ford Summer Institute for Medical Students. During the weeklong immersion program, I spent time learning about positive change with patients suffering from addictions. I got to know many of the people at the rehabilitation center and developed a profound appreciation for the difficulties they and their families experienced. I had the opportunity to shadow some of the clients at the Hazelden Center and was able to ask them all of the questions I wish I had had the chance to explore as a third-year medical student involved in their care.

The men and women I spent time with were generous with their stories and patient with me as I struggled to understand addiction. One client, a woman a few years younger than I, whose drinking addiction led to her liver failure, asked me to think about the worst thing I had ever done. Then she asked me if I would do it again. I said, “No, of course not.” She responded by explaining that, “it’s not normal, but that’s the difference between you and me. If it meant I could have another drink, I would do it again, and maybe even something worse.”

Throughout the week, I felt the most heartbroken by patients’ stories of being abandoned by the medical profession. Some people acknowledged that they had done terrible things and that they were horrible patients, but in an ironic twist, genuinely found it hard to understand how some people could be terrible doctors. I didn’t have a generous answer.

According to the SIMS program, “awareness and sensitivity to the issues surrounding addiction begins with an adjustment in attitude.”

It has long been said that the best way to help those without addictions to understand the recovery process is to let them see it happen. I know recovery from addiction doesn’t always stick, but I recognized then that when patients are given the right support, recovery can be a reality. I wondered if any of my teachers ever had the opportunity to witness these transformations.

As doctors, we vow to “do no harm” because it’s the worst thing we can do for our patients. If your actions or attitude hurt another human being charged in your care, would you do it again? I’m afraid to think that we may not be so different after all, but I’m trying to hold on to hope.

This doctor won't prescribe Addyi, the "female Viagra." Here's why. 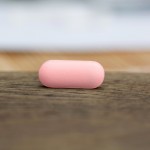