Addyi (flibanserin), the drug to increase female libido had a timid entry into the market with very few prescriptions considering the “hype.” Bloomberg Business reported 227 prescriptions in the first month. That’s a pittance considering Valeant paid $1 billion for the drug.

I am unlikely to help Valeant recoup their investment, because the more I read about this drug, the worse it looks. Here’s why:

One of the study endpoints (meaning what you hope the drug will do) is increasing the feeling of desire. How Sprout measured desire is very controversial, but regardless even with their special scale that makes it practically pathologic to not feel desirous every waking hour only 10 to 13 percent of women (adjusted for placebo) had a significant increase in desire. So for every 7 to 10 women who take the drug, one will have a bump in desire (a measured by a scale designed for this drug). What about having more sex, the other endpoint in the studies? Only 8 to 9 percent of women has an increase in “sexually satisfying events” when you account for placebo.

Side effects. Lots of them.

No alcohol. Ever. At all.

I’ve written how the alcohol interaction was studied primarily in men. The alcohol safety data includes 21 men and two women. Sprout claims they couldn’t find more than two women willing to have the equivalent of two 5 ounce glasses of wine so they could properly study the drug’s effect. Makes you wonder if they didn’t want to know? When flibanserin was taken on the same day as the equivalent of 2 glasses of wine 4 of 23 people needed medical attention because their had such a profound drop in blood pressure or fainted. That is a very serious risk, and as women metabolize alcohol differently there is a greater concern for women. This is a daily medication so no alcohol. Ever.

The REMS (the joke of a power point presentation that Sprout calls safety training) can be summarized as making sure the patient will never drink alcohol is your responsibility doctor, have fun with that in court! There is no way to guarantee someone won’t drink even if they do sign a form. I’ve been practicing medicine long enough to know patients say many things and often do the opposite. Sometimes they don’t really want to accept what you tell them, sometimes they don’t believe you, and sometimes life happens and they forget.

A woman taking Addyi can never have a Diflucan (fluconazole, the oral medication for a yeast infection). At all. Ever. The interaction is so potent and potentially dangerous that you can not take a Diflucan within two days of starting the drug and within two weeks of finishing it (the Addyi has to be well out of your system). Oral contraceptives also may increase the risk of low blood pressure and fainting. Antidepressants may also increase the risk of side effects.

In a two year study of rodents, there was an increase in cancerous mammary (breast) tumors in female animals but not male. This doesn’t mean that it will cause cancer in women, but it means that we need more studies. Some drugs cause cancer in one mammal, but not in others. That doesn’t mean the drug is abandoned, but in my mind, it means the drug needs more study before it is unleashed as part of a campaign aimed at telling women they are being taken advantage of by the FDA when the drug didn’t previously get approved.

It’s $780 for a one months supply for a medication that one can only say has marginal efficacy if one is being generous.

Knowing all that I think it’s pretty easy to see why I’m not enthusiastic about the drug. Marginal, if any effect, Side effects. Drug Interactions. No alcohol. Unresolved question about cancer. It’s $780 a month.

If your doctor is excessively enthusiastic about Addyi and calls it “safe and effective” I would ask if they have received any money from Sprout, because it seems several of those who are openly vocal about its awesomeness have.

Meanwhile I wonder considering it takes 2 months to know if Addyi will work if people spent $1,620 on a weekend away with their partner every other month or half the money on babysitters and half on fabulous dinners or would there be two extra sexual encounters in those two months while retaining the ability to have a glass of wine?

This medical student went to rehab. Here's what she learned. 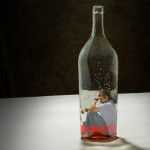