I wonder how I would’ve felt if Ben Carson had run for president back when I was a kid. At that age, I was wholly inspired (and terribly intimidated) by doctors. They knew everything! They were the coolest people ever! Nowadays, I’m in medical school where I’ve learned that doctors definitely learn a lot, but we’re not the coolest ever, and we are certainly not filled with innate knowledge on all things. But when you’re young, you tend to think in absolutes.

The question of what Carson’s campaign would have meant to me as a child first crossed my mind when I met Husain (name changed for privacy), a young Syrian refugee whose family recently resettled in America. He had only been in the States for a few months, and his English was already nearly perfect. He was perfect! Smart and likeable, he exuded ambition and hope. In the time I spent with him, he never mentioned his experience in Syria: what it was like to be uprooted at such a young age, to lose his father right before his family was granted asylum status. Instead, he talked about how awesome it was to be in America and how much he loved school. He proudly listed off his latest report card (all A’s). I asked him what he wanted to be when he grew up. He had big dreams. He grinned widely and said, “A doctor … and a scientist … and a president!”

A few days after I met Husain, Ben Carson announced that he would not “advocate” having a Muslim as president. In just a few words, Dr. Carson made me feel un-American. He went on to insinuate that Islam was “inconsistent” with the values and principles of America. It reminded me of being a 12-year-old Muslim in the aftermath of 9/11, when I grieved with our nation for the lives lost, but I also grieved for the Islamophobia that changed the way others saw me. In overgeneralized and stereotypical comments, Dr. Carson dismissed the character and ethos of a community that I am so proud to call myself a part of.

That’s when I think of Husain. If he believes in the infallibility of doctors as much as I had, how would hearing Dr. Carson’s comments affect him? Would it make him feel unwelcome? What impact could Dr. Carson’s words have on a young American Muslim who wants nothing more than to fit in? Would they hear this and feel that they are not worthy of the American dream?

Instead, I wish that when Dr. Carson was asked this question, his response would have reflected Colin Powell’s statement on the issue back in 2008:  “Is there something wrong with being a Muslim in this country? The answer’s no, that’s not America.” I hope that as a country can begin to realize the damaging effects these comments can have on our youth. Instead, we should support them to find and emphasize the commonalities between their faith and America. We should remind them that, especially in America, they should dream big. 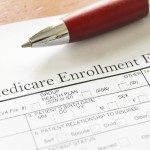