Recently, the clinically positive results from the CLEOPATRA oncology trial were released, showing that pertuzumab, when added to docetaxel and trastuzumab as first-line chemotherapy, produces an average survival benefit of 15.7 months in HER2 positive breast cancer patients.

That good news notwithstanding, the authors calculated that Genentech’s price for adding pertuzumab to gain one quality adjusted life year is a breathtaking $713,219. In dry academic language, the authors dropped a bombshell conclusion. “The addition of pertuzumab to a standard regimen … for treatment of metastatic HER2-overexpressing breast cancer is unlikely to provide reasonable value for money spent in the United States compared with other interventions generally deemed cost effective. This analysis highlights the economic challenges of extending life for patients with non-curable disease.

Drugs only consume about a quarter of cancer costs. The other three-quarters are distributed between physicians, outpatient facilities and hospitals, delivering such lucrative returns that hospitals are rushing to get in on the action. As many as one in four U.S. hospitals are building new cancer centers now. Hospitals’ acquisitions of oncology practices have accelerated, in part because they can charge almost twice as much as physician practices for chemotherapies and other cancer drugs.

Change has been simmering in oncology for some time, but now it is coming to a boil. It is clear that cancer professionals — physicians, researchers and society execs — have felt uncomfortably complicit with a paradigm that too often extracts exorbitant sums of money for miniscule clinical benefit. In the past, it has been all but forbidden to consider cost when making clinical decisions. But even in our ossified system, clinicians have been so offended by excessive cost and nominal benefit that they have begun to mobilize.

Last July, 118 leading oncologists from major cancer centers signed an open letter in the Mayo Clinic Proceedings, condemning the harm that excessive cancer drug pricing exerts on patients and families, and urging new cost control regulations. They note, “There is no relief in sight because drug companies keep challenging the market with even higher prices. This raises the question of whether current pricing of cancer drugs is based on reasonable expectation of return on investment or whether it is based on what prices the market can bear.”

In the past, drug manufacturers would no doubt have shrugged, but they’re almost certainly carefully watching this development. Three years ago Memorial Sloan Kettering very publicly refused to carry Zaltrap, a colorectal cancer drug that performs similarly to another medicine, Avastin, but at twice the price. Faced with a public relations disaster, Sanofi immediately caved, halving Zaltrap’s price rather than face the prospect of other cancer centers following suit. Market forces can work.

Cancer’s intensifying rush of new treatments and extreme cost has moved leading oncology organizations to go a step further. They’re developing objective methodologies for valuing clinical treatments. Last June, the American Society of Clinical Oncology published a statement describing a draft “conceptual framework” for assessing the value of cancer therapies based on treatment benefits, toxicities and cost. Frameworks with similar intent are under development by the National Comprehensive Cancer Network, Memorial Sloan Kettering’s Center for Health Policy and Outcomes and others.

With multiple efforts underway to address a common problem, a call for a single national (or global) value framework was inevitable. Daniel Goldstein MD, an Atlanta researcher, wrote, “There is currently a crucial step in the drug development and approval process that is missing — an evaluation of cost and value.” In other words, Dr. Goldstein and his team urged the Food and Drug Administration to develop, refine and adopt a framework that establishes value-based pricing for all oncology drugs seeking approval.

Of course, tools that clarify value promise to be hugely useful in cancer care, where patients and purchasers face questionable treatments and immense costs. But these tools are also desperately needed in the rest of health care. Consider the specialty drug market, where U.S. pricing is rising almost 20 times faster than conventional drugs, generally without being tethered to an identifiable rationale. Most of health care — cardiovascular care, musculoskeletal care, dialysis, imaging, hospital pricing — suffers from rampant excess and can only benefit from credible assessments of value.

Cancer care is a concentrated microcosm of broader health industry practices because it resides at the nexus of aspirational technologies, enormous costs, hope, and death. The cancer community’s pioneering valuation efforts and pushbacks against profiteering are remarkable because they offer sorely-needed context for clinical and financial decision-making, reflecting the imperative that we can’t afford poor cancer solutions much longer. The rest of health care can’t be far behind.

Beyond the death count: The psychological casualties of mass violence 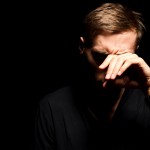 Why reform needs to start at cancer care
2 comments