Recently, two significant pharmaceutical breakthroughs have resulted in a renewed debate about the costs of drug therapy. In the last year, a new drug class for the treatment of hepatitis C has been released by two different manufacturers and has been found to cure a once incurable chronic liver disease for nearly 90 percent of patients who are treated with a full course of therapy. The drug appears to be safe and highly effective; however, the cost of a curative course of therapy is nearly $80,000. As you might image, there are already barriers to access for many patients including those treated in the Veterans’ Affairs (VA) system as well as those on government-based insurance programs such as Medicaid.

In the last several months, another remarkable, potentially “game changing” drug has been approved and released into the market. These drugs, made by Regeneron and Sanofi, are intended for patients who do not achieve adequate cholesterol reduction with standard statin therapy (the current standard of care).   According to some analyses, these drugs, when used in the appropriate patient population, may result in the prevention of thousands of cardiovascular related deaths.

However, just as seen with the new hepatitis C drugs, the price tag for therapy is exorbitant — nearly $15,000 annually. With the hepatitis C drug, therapy is only required for approximately 12 weeks and then is no longer needed — with the cholesterol drug, the therapy will most likely be lifelong.

Recently, a study examining the cost-effectiveness of these new cholesterol drugs has been published and concluded that the drugs are far over-priced (nearly 3 fold) for the benefit that they produce. Based on a pure economic analysis, researchers concluded that the drugs should actually cost between $3,000 to $4,000 annually rather than the current $15,000 price tag.

The purpose of the Affordable Care Act (ACA) (as touted by supporting politicians and its authors) is to make health care accessible and affordable to all Americans. Certainly this is a noble goal and one that we should continue to strive to achieve.

However, the legislation has failed to meet this mark. While addressing physician reimbursement and clinical behaviors (and limiting choice and physician autonomy), the ACA has done nothing to regulate the high price of pharmaceuticals. Big pharma is allowed to charge exorbitant prices (whatever the market will bear) without regulation. It is clear that pharmaceuticals must reclaim their research and development investments and make a profit — however, many of these drugs are far overpriced and price tags are simply designed to exploit the system and maximize corporate (and CEO profits).

Also, many of the most expensive drugs in the U.S. are sold overseas and in Canada at a fraction of the cost. This seems to me to be clear evidence of the pharmaceutical industry taking full advantage of the inherent wealth in the U.S. today.

However, would it not follow that if we placed limits on the prices of new drugs and paid “fair and equitable” charges, that health care costs would significantly decline?

It seems our politicians have sought to attack the problem from a few angles and have failed to address other significant sources of excessive health care spending. While reimbursement for physicians and physician groups is set clearly in the crosshairs of the ACA, it appears industry and litigators are not even on the radar.

There is hope: Legislation is being introduced that will allow legal purchase of drugs from Canada for Americans. Also, pharmaceutical companies would be required to disclose what they charge for the same drugs in other countries. I believe this is a step in the right direction. Let’s continue to innovate and provide new therapies for all Americans. But let’s do it in a way that is cost effective. The latest studies make it clear that these drugs are overpriced. We must find a way to negotiate a fair and reasonable price that promotes and rewards innovation but also provides access to the newest and most effective therapies for all who need it. 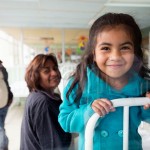