Overtesting and over treatment are big problems in modern medicine.  It sometimes goes like this: Have a minor complaint? It’s probably nothing, but we should do an exhaustive workup because there is a 0.00001 percent chance it could be cancer, maybe.

However, if you happen to be that one patient in 10 million that had cancer, and we actually found it early by aggressive testing, then you would be glad you went for the “million-dollar workup.”  As a gastroenterologist, I am often asked, “what will this test show” before the test is done, or I’m told “I know my body, and I don’t need a colonoscopy because I know I don’t have any problems back there” (or down there, in there, etc.)  I often say that if I knew what we were going to find with one hundred percent certainty, then we wouldn’t need to do any tests in the first place!

However, there is a definitely a proper time for more aggressive testing.  When something just doesn’t seem right, when the patient is sick, and when there are more questions than answers … these are good signs that it’s time to look a little deeper into a complaint … and fast.

A recent patient highlights this issue nicely: This is a 30-year-old otherwise healthy woman presenting with severe iron-deficiency anemia and fevers.  The fevers eventually resolved during her hospitalization and were attributed to a viral illness.  However, the decision had to be made about how to work up the iron-deficient anemia.  Often, in young, healthy women, iron-deficiency anemia is chalked up to menstrual losses, an iron supplement is given, and the patient is on her way.  She is too young to have anything serious, right? In the vast majority of cases, the answer is yes! Most patients like this would be fine with some iron pills and a follow-up appointment in a few months. 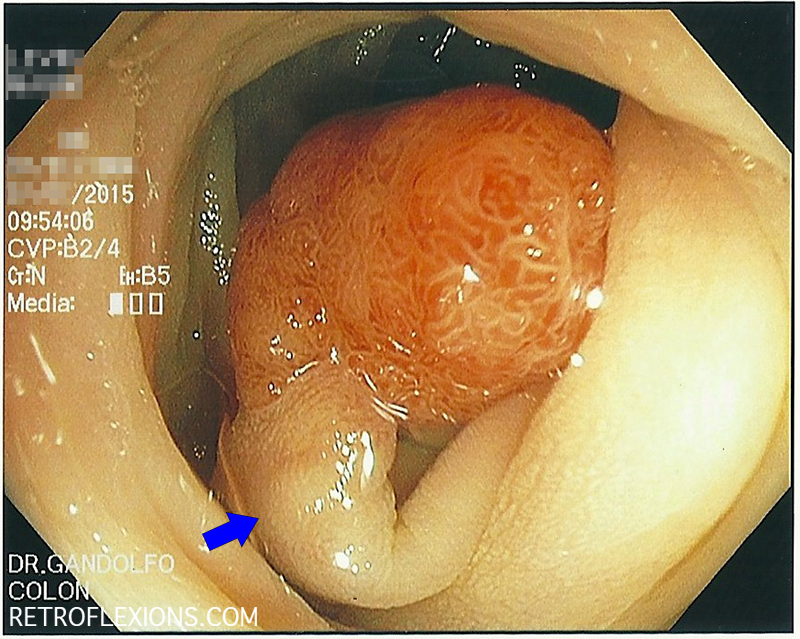 However, for various reasons we decided that further testing was in order to investigate the anemia, and after her upper endoscopy was negative, a colonoscopy was done.  Surprisingly, this patient had a large precancerous polyp in the sigmoid colon.  This is an uncommon finding in such a young woman, and truthfully I was not expecting to find a polyp during the procedure.  Rather, the colonoscopy was done primarily to exclude inflammatory bowel disease as the cause of her anemia. 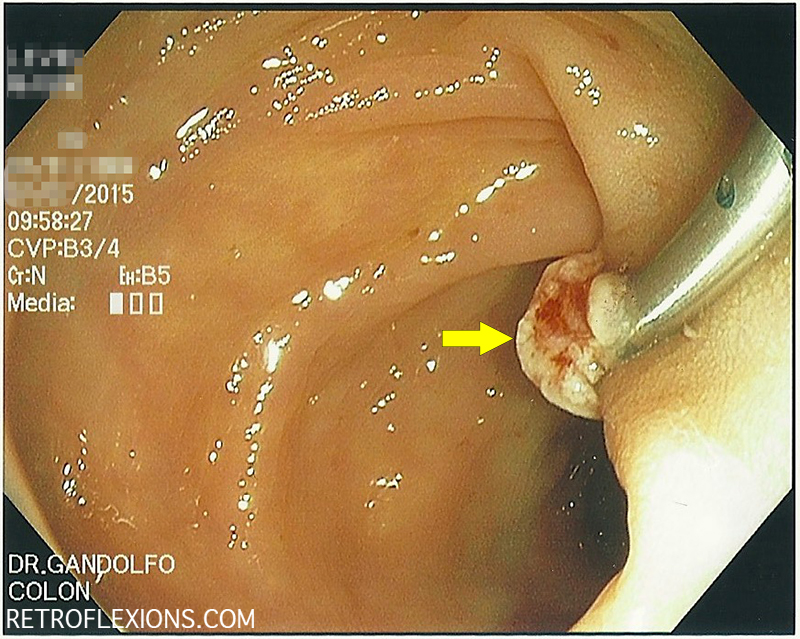 Polyp site after resection. A clip is seen at the base of the polyp (yellow arrow shows the transected stalk.) Pathology revealed a tubulovillous adenoma.

A sigh of relief was had by all parties: I was happy to find the likely source of the anemia and the patient was happy to learn that she just dodged a potential colon cancer in the near future.  A polyp this size can become cancerous in a few years time.  Sometimes it is good to be a little “extra” thorough: It’s how you find stuff!

Written informed consent was obtained from the patient prior to publication of this article.

Do a cricothyrotomy after a failed Heimlich. But it's likely to fail. 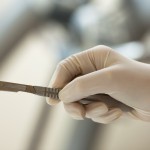