At the end of an otherwise informative article about the nuances of performing a Heimlich maneuver, New York Times science reporter Jane E. Brody recommends that if all else fails, a cricothyrotomy should be attempted.

She goes on to briefly explain how the procedure is done. In the right hands, a cricothyrotomy is safer and easier to perform than a formal tracheostomy. However, for a layperson who has never seen either procedure done, does not know the relevant anatomy, and has never put a knife to anyone’s skin, it is highly unlikely to be successful.

Ms. Brody includes a link to website with some static drawings of the procedure. The site is called Aaron’s Tracheostomy Page and it bills itself as “The Internet’s leading tracheostomy resource since 1996.”

Here’s an excerpt from that description of the operation:

“Take the razor blade or knife and make a half-inch horizontal incision. The cut should be about half an inch deep. There should not be too much blood.”

Yes, there should not be too much blood, but sometimes there is.

Both the Times article and the reference repeat the medical urban legend that the barrel of a ballpoint pen can be used as a breathing tube.

A 2010 paper found that due to high resistance to airflow, most ballpoint pens are not adequate airways, and the two that were acceptable (the Baron retractable ballpoint and the BIC Soft Feel Jumbo) are unlikely to be on hand. An earlier paper also reported similar high airflow resistance with ballpoint pens.

A small study involving inexperienced junior doctors and medical students found that they were able to successfully perform cricothyrotomies in only 8 of 14 cadavers. Injuries to the thyroid and cricoid cartilages were common.

Remember these important points — cadavers don’t need an airway in a hurry, and they don’t bleed.

Evidence of successful cricothyrotomy by bystanders is lacking. A 2010 review of American soldiers killed in Iraq between 2003 and 2006 noted that five of those who died appeared to have had attempts at cricothyrotomy, all of which failed.

I once was asked to see a patient whose “cricothyrotomy” done in an ED by an experienced emergency physician and a resident turned out to be a laryngotomy. The tube was inserted directly into the larynx.

To the uninitiated, surgery looks easy. Last year I blogged about Malcolm Gladwell’s outrageous claim that just about any college graduate could become a cardiac surgeon.

I suppose one might say “What have you got to lose? The patient is dying. Try the cricothyrotomy.” I can’t stop you. But be certain it is necessary, and realize your chances of success are extremely low.

If you’re considering it, at least look at some of the many instructional videos available online.

Warning: graphic. There is some blood. Here’s one by an ED doc. In a non-hospital setting, you would not have all the help and equipment he had. Here’s another, this time by a surgeon — with lots of help and equipment. Both patients were relatively thin.

Now imagine doing it with a pocket knife and a ballpoint pen on an obese person. Still think it’s easy? 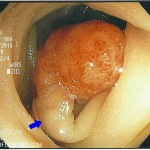 When was the last time you had a good laugh with your doctor? 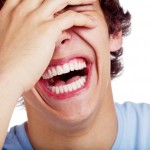 Do a cricothyrotomy after a failed Heimlich. But it’s likely to fail.
5 comments