I walked silently into the pristinely decorated room of the hospice facility and was greeted by her family.  She lay there, not particularly responsive to her surroundings under the pressure and influences of metastatic stomach cancer.  The warmness and smiles on the faces of her family told me that at some point and somehow, in the midst of actively witnessing the transition of their mother, aunt, sister, and grandmother, they found solace.  They found solace in knowing she was always there for them.  They understood their perception of the world and all that it encompasses principally because of what she taught them early in their lives and hers.  They were comforted by her peaceful demeanor as she slept quietly before them.  I was told just before by the nurse, she and her family having arrived overnight to the facility, that she had only days left.

Caring for the dying patient is as much a challenge as it is rewarding.  It is a challenge because no longer are we tasked with the job of ascertaining a treatment and sometimes cure for a potentially reversible medical illness, but our chief purpose in care at that point is to maximize comfort.  In so doing, one of the tenets of palliative care medicine is achieved in allowing the patient to die with dignity.  It’s difficult.  As I make this assertion, I reflect on all on the highly concentrated doses of morphine, hydromorphone, lorazepam, and the painstaking tasks to eliminate pain and suffering as much as possible.  Yet, it is an equally rewarding experience because we as physicians, particularly those of us rotating in training, have the opportunity to learn a great deal from these patients and their families in an interdisciplinary way, and I think therein lies the greatest benefit for the physician practicing Western medicine.

Palliative care medicine is the consummate sub-specialty as it to pertains to applying the expertise of several medical and ancillary disciplines in caring for the dying patient.  We round with chaplains.  We learn about equianalgesic dose adjustments for pain medications from pharmacology residents.  We make home visits with stellar hospice nurses and palliative care physicians, which in itself seems to maximize the ability of a patient with less than six months of life left to die at home and have some degree of autonomy over where he or she takes his or her last breath.  That is likely where the true maximization of having a death with dignity lies.

I recall one very poignant visit in particular to the home of a female patient in her late eighties who suffered from Lewy body dementia.  Her son and his family were taking care of her.  The son pointed out, during the visit, how his mother had begun hallucinating and how concerned he was that she seemed to be talking more and more to people who were not there.  What stupefied him the most was how his Mom seemed recently to be talking about and at times talking to a friend she had not seen in years and how before that friend passed away, just a week prior, she was involved in a community service initiative about which his mother would not have known.  She seemed to, at times, speak about how that friend told her she wasn’t able to “make the event.”  The hospice nurse encouraged him that he should consider the fact that she was making her transition to “the other side,” and this very well may not have been a mere hallucination.

I’ve always found it very interesting, even when I was a medical student, that we devote our lives as physicians to preserving the health and wellness of the living by first working with the dead.  What I mean by that is in gross anatomy, we are tasked with learning the severe architectural design of the human body and relevant physiologic mechanisms by operating and exploring the donated bodies called cadavers.  What a privilege it is to have a glimpse firsthand into the innate intricacies of the human body, and I think it is a tremendous disservice to students if their medical training programs have omitted this once-termed “rite of passage” to learn from cadavers  from their curricula.

Many of the people who donated their bodies will never be known or remembered.  Some died suddenly.  Others met their demises after long, extended illnesses.  We who study their bodies in detail will likely never know their names.  Yet, I contend that not only should our medical disciplines incorporate studying the dead.  It should also be a requirement to care for the dying and not just be an elective experience based on individualized training preferences.  Caring for the dying fosters a vivid insight into the nature of true medicine and allows for the appreciation of the premise that the extent of treatments, diagnostic measures, and management plans can only go so far for terminal conditions.  There are times when we must allow nature to take its course and witness the natural history of its progression all the while controlling the pain, the nausea, the agitation, and discomfiture as best we can.  Those symptoms, although they may not seem to be on the surface, do matter to the patients and to their families.

As I sat quietly with that patient’s family and observed their living concomitantly as we together observed her dying, I recalled when I read, as an honors American literature student in high school, As I Lay Dying by William Faulkner, arguably one of the most impactful and eccentrically unique pieces of literature of the twentieth century.  I thought about the multiple narrations by various members of Addie Bundren’s family.  I thought about the various perceptions of her death each and every one of the fifteen different narrators conveyed over the fifty-nine chapters.  I further thought about the quest of this rural family to honor this deceased woman’s wishes to be buried in a specific cemetery in her hometown in Mississippi.  In so doing and thinking about the motifs, twists, and turns of that text, I wondered how my patient’s family must feel and how  each of them must have disparate stories about the memories they shared with her over her long life and how her impending death will leave some degree of a void in their lives moving forward, after the services at the hospice facility are complete and her final wishes have been met.  They must have so many words to share, but it is likely that no one will ever publish them in a book for the masses to read.

The average human being lives roughly 27,000 total days.  There is a birth.  There is a death.  There is a date to indicate both, and in the middle lies a quiescent and mystic symbol — the dash.  I construe it to be somewhat rudimentary and, more so, inadequate to represent the sum of all of a human’s life experiences — the joys, the sorrows, the days of celebration, the days of sadness, the achievements, the failures, the graduations, the funerals, the weddings, the love relationships, the births, etc.

Yet, at the end of this very terminal process called life, how leveling it is for all, the rich, the poor, the meek, and the bold, to each have it all represented by a simple dash, indicating a start’s linear arrival to a finish.  Surely as much significance should be placed on the end of a life as much as there is on the beginning.  What a great privilege, honor, and humbling experience it is for us as physicians and others in the medical field to, although at different eras of time, being different people, and living in different places, bear witness to both.

The first step to combat the nation's obesity epidemic 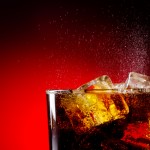 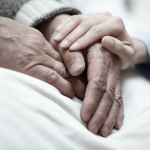