Dear attending, I’m a third-year medical student fresh out of the classroom.  I’ve studied from books for years, and now I finally get to see what it is like to be a doctor. It’s exciting but also a daunting experience. I look to you as a guide: what you wear, how you speak, what tools you use, and how you treat others.  This is the year I will be socialized into the medical profession. How you treat your patients not only affects them, but it will affect how I treat my future patients. Your attitude sets the tone of my educational experience.

Dear attending, let me illustrate what I mean. The first patient I evaluated in the ED on my rotation with you was Mr. K, a 60-year-old extremely cachectic man with stage IV lung cancer. He had been in an out of the hospital for the previous two months and in that time had lost 20 pounds. He was presenting with new onset pneumonia. Upon meeting him, it was very clear that he was heading toward the final stage of his life.  However, at admission he was adamant he wanted to be a full code. Moreover, he was estranged from his family, and he did not have any support.  The next day at rounds, Mr. K’s case was discussed including his status as a full code and lack of family support. As rounds progressed, I felt uneasy about the conversation to come and how it would be handled.

Dear attending, you completely blew me away. You began by kneeling on the ground so you could be level with Mr. K.  After the initial introduction and review of his history and current symptoms, you eased into discussing Mr. K’s code status. You explained what happens during a code and how Mr. K would expect to feel after being resuscitated. You compassionately clarified with Mr. K his diagnoses of stage IV lung cancer and that his treatment is tailored for palliation, not cure.  You took your time with the discussion. You did not appear rushed, distracted or uncomfortable. I think Mr. K recognized that his physician cared and had his best interest in mind. When the conversation was finished, Mr. K decided to change his code status to DNR as well as consider enrollment in home hospice. The value of this initial conversation became even greater several days later when Mr. K began aspirating his vomit and his health quickly deteriorated. At this point, Mr. K likely had less than 30 days of expected life. Another conversation about hospice was needed. This one was equally as compassionate and built upon the trust of the initial discussion.  In the end, Mr. K agreed to be transferred to the inpatient hospice ward as well as contact his estranged family members. It was clear that he was beginning to accept his death.

Dear attending, this story could have ended differently if the appropriate time and consideration had not been given to Mr. K’s end of life discussions. Discussing a patient’s approaching death is never a comfortable conversation. Most people enter medicine seeking to help their patients by curing disease; when this is not an option, it can be easier to avoid the difficult but necessary conversations about death.  As physician’s we have a professional duty to provide the best care possible to our patients.  In taking the time to be present you not only helped Mr. K come to terms with his illness, but you also taught me that sometimes the best care possible is not a treatment but a discussion. 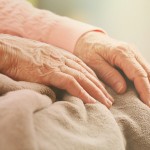 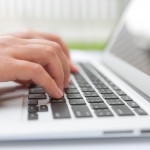