“What is the meaning of life?”

A perfectly reasonable question, albeit a strange one considering that I was in the third grade, it was recess time, and I was having a philosophical conversation about death with a grasshopper I had just caught.

Ever since I could remember, I was fascinated by death. But my life was characterized more by loss than by death. When I was three, there were no funeral processions when I lost my biological father. He was absent, much like the child support checks that were supposed to arrive in the mail each month. My mother worked constantly to support us and I spent most of my time in daycare. As I waited for her to pick me up each day, I didn’t have much else to do but think.

If anything, I was fascinated by death because it was comforting to seize onto loss, to turn it around and around in my hand like a stone, wearing it down until it resembled something small and smooth and polished. But over time, the way in which I held onto loss changed. Conversations with grasshoppers lead to modern literature by dead writers and, years later, to “Susan Weber.” By then, I wasn’t sure what my questions were. But I was sure that she would have the answers.

Susan came of age after World War II. At age 86, Susan lived with Barbara, her 60-year-old “little girl,” in a townhouse apartment next to a strip mall. Here, Susan slowly lost herself over the years, slipping into dependence and isolation. Here, I entered her life.

After spending some time navigating the bus routes, I approached the entrance of the suburb marked by a single red and blue striped flag that flopped from side to side in the puttering wind. In bold, white lettering, the flag read: “Welcome.” I walked around the cul-de-sac for ten minutes, passing one strikingly similar townhouse after another. I finally found the apartment and rang the doorbell. Her daughter Barbara invited me inside, where Susan was sitting calmly on the couch. She was an old, pear-shaped woman with a white pouf of hair that haloed her head. She looked up at me and said, “Why, hello there.”

Entering the apartment, I saw “Edda,” a more petite version of her older sister, sitting on a patterned armchair. “Barbara” sat next to her mother on the couch. Following their cues, I sat on the other side and greeted Susan with, “Hello, how are you? I’m Christy and I’m here to visit you today.”

“I’m not sure what the hospice coordinators told you, but my mom has dementia,” Barbara explained. “Most of the time, she doesn’t know where she is or who she is.

Over the next three months, I spent most of my time with Edda and Susan. On my first visit, I tried to take a pain reading. I asked Susan to point to a number on the sheet. On the pain reading sheet, illustrations of faces steadily transformed from smiles to frowns as the numbers increased. Susan didn’t understand what I wanted. She couldn’t express the chronic pain she experienced in this way. So I just took her hand in mine. She chuckled and looked at me, her blue eyes lighting up with a sudden, fierce clarity before clouding up again. It was electric. She patted my hand and said, “Thank you, honey.” I continued to hold her hand and caressed it the way my grandmother used to when I was a child.

And I realized that I barely touched my grandmother anymore. Most people don’t touch the elderly or the disabled or the sick or the dying, treating them not as sentient beings, but as if they do not exist. René Descartes argued, “I think, therefore I am,” that the ability to reason is the equivalent of being. I disagree. Although Susan’s ability to think and reason was severely impaired, I didn’t question her ability to feel or to just be. Jean-Jacques Rousseau was closer when he wrote, “I feel, therefore I am.”

But sometimes, feeling was too much to bear. When I arrived at 11 a.m. each Wednesday, Edda always greeted me at the door with watery, red-rimmed eyes and a crumpled tissue in hand.

“Oh! Twelve already,” Edda chirped one day. “I think it’s time for lunch. Why don’t we take Susie to the bathroom?”

Because Susan had such poor balance, we carefully held her arms and lifted her from the couch. Together, we shuffled to the bathroom. Edda helped Susan take off her pants and briefs, and told her to sit on the toilet. It was in the bathroom that I first saw Susan’s bedsores. Large purple and yellow splotches covered her backside. Susan quickly tugged her T-shirt down in an act of modesty. After running the faucet for a few minutes to help Susan urinate, Edda wiped her. I helped change Susan into fresh briefs, pulled her pants up, and tucked in her shirt. Then, Susan and I washed our hands together in the sink. She shook my soapy hands with her soapy hands and said, “Thank you, honey. That’s very nice of you.”

As she looked into the mirror, I watched for any sense of panic. I wondered if she thought of herself as a four-year-old girl whose mother asked if she needed to go “shoo shoo.” I wondered if she was surprised by the awkward lumbering motions her body made when shuffling to the bathroom, movements unlike those of a four-year-old girl. I wondered if she was startled by the sight of the old woman staring back at her, and the unspoken words: “You are not who you know yourself to be.” Susan continued to examine herself for a few moments. Then, holding onto her arms, we shuffled to the kitchen table.

After lunch, I washed the dishes and Susie helped me dry them. We silently watched as Susan shakily held up a mug and began to dry it with a kitchen towel. She dried it slowly and steadily, with a cool intensity that I had never seen from her. She looked so present. It was as if she was putting all her being into these simple and beautiful motions. It was as if her entire life naturally led up to this. It was as if this, right now, was the most important moment in her life. I envied Susan. I envied the way she lived with such profound intensity.

As winter approached, the trees shed their leaves and blanketed the ground in a crush of reds, yellows, and browns. The days grew shorter and eventually, Susan couldn’t dry the dishes anymore. Mid-November, her condition worsened after she had an anxiety attack while preparing for her bath. Later that evening, she fell down when she was shuffling to the bathroom. When I visited, I saw that she had a small scratch on her cheek and a bruise on the bridge of her nose, right next to her eyebrow. I touched her forehead, gently kissed her bruise, and held her hand as Edda and I watched television. Susan began to spend most of her days sleeping. When she did wake up, she barely ate.

A week later, an allergic reaction to her medication left Susan bedridden. When I entered her room, I saw her stretched out on a hospital bed provided by the hospice, the same bed that I learned how to position at a 90-degree angle for spoon feeding patients. Susan wasn’t very interested in food. That day, she was fixated on spelling words for school.

“She always talks about seeing you, ‘the young girl’ every week. I think that you remind her of her two granddaughters who are your age,” Edda said. She wiped her eyes with the back of her hand. After a pause, she shrugged and continued, “They don’t want to come visit her, though. They say that they don’t want to see her like this. They want to remember her as she was. I think it would be good if they came, but what can you do?”

“I guess everyone reacts differently to death,” I offered. “It’s difficult. Susan is different from who she was before, but she’s still Susan. She’s still their grandmother.”

We sat in silence and remained there until the nurse arrived to help us change Susan’s briefs. The nurse and I turned Susan onto her side. Mumbling in surprise, Susan gripped the rail.

“What was that, dear?” the nurse asked Susan.

“Oh, she’s been talking about school a lot today,” I explained.

When I visited a week later, Susan had declined quickly. She was unconscious. She didn’t have much control over her muscles. Her jaw was open and slack. A tube ran from her nostrils to a forest green oxygen tank at the foot of her bed. Susan’s breaths had become a series of gentle death rattles.

I wasn’t afraid. At the moment, I wasn’t sure if Edda was speaking to me or to a young woman who was supposed to be one of Susan’s granddaughters. Edda and Barbara left me alone with Susan. For the remainder of my visit, I sat next to her and held her hand. It was cold. Her fingers were flushed with a violet hue.

I thought about the first time I fell unconscious. When I woke up, I felt wonderful until I realized that I had fainted during a panel discussion that I was moderating and someone had called an ambulance. It felt so good not being conscious. I don’t know if that’s right actually. It’s only upon reflection, of being conscious right now, that I can compare my feelings. But it did. It felt beautiful. I wonder if death is like this. Only with death, you don’t know if it feels this good. You can’t regain consciousness and live, and, in doing so, compare the experience. I wonder if this is what it felt like before I was born.

I didn’t know what Susan felt that day, but I hoped it was beautiful.

That was the last time I saw her. A week later, hospice called to tell me the news. Susan had died.

I think about her when I hold my grandmother’s hand.

I thought about her when I walked to class one gorgeous spring day. There was a dead bird on the sidewalk in front of the chemistry building. She was an anonymous sparrow with patterned brown feathers. She looked small and soft and grey, flattened there on the pavement. Perhaps she contracted a disease and eventually succumbed, and, her body uncontrolled, tumbled from the sky. Her little bones were broken and she was caked in a few streaks of her own cherry black blood. I watched the sparrow each day. At first, people noticed her. They would gingerly step across her to avoid touching the carcass. Slowly, the carcass began to fall apart until it resembled a clod of dirt, with only a few stray feathers stubbornly sticking out. People didn’t notice her anymore. They didn’t notice that the clod of dirt with the feathers used to be a sparrow. They didn’t walk around it anymore. Soon, there was no trace of the sparrow left.

Christy Duan is a medical student.  She can be reached at her self-titled site, Christy Duan. This piece won an honorable mention from the Richard Selzer Prize and a Hopwood Award for Non-Fiction. It originally appeared in Issue Eight of Abaton literary magazine. 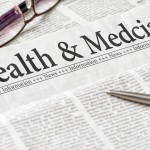