An excerpt from Burning the Short White Coat: A Story of Becoming a Woman Doctor.

Chief’s pager went off and he looked at me.

“It’s time to go down to the OR,” he said. “Just because you dated Dr. Lawson doesn’t mean we are going to give you special treatment or anything.”

“I wasn’t asking for any,” I said. The gossip session was over.

We dumped our breakfast trays into the overflowing cafeteria trash and headed to the operating rooms on the second floor.

“Listen, Chief, we are going to a surgery with the Boss right now. Just keep quiet, don’t speak unless spoken to, and stay out of his way.”

The thought of operating with the Boss frightened me. Everyone knew who the Boss was: He was the king of the hospital and the grandfather of the neurosurgery program at my medical school. He was well-known across the globe and had traveled to obscure parts of the world, such as Uganda and Peru, training doctors to perform neurosurgery. He was also well-known for another thing: his temper. When the Boss passed by you in the hall, you moved as close to the wall opposite him as possible and put your head down for fear of catching a glimpse of the fire burning in his eyes.

We walked into OR #3 to find the patient lying on the operating room table, intubated (put to sleep). The anesthesiology resident fumbled with a syringe full of milky fluid. Her expression was guarded and she trembled.

“Last time she worked with the Boss, he threw her out for incompetence and she cried in front of him,” Chief whispered into my ear.

My heart rate increased and I imagined my face was white as a ghost. The Boss entered the room and discussed the case with Chief. Even though he was only about 5 feet, 10 inches tall, he seemed to tower over everyone in the room. After a few moments, he looked over in my direction.

“That’s Miss Gallagher, Boss. She will be with us for two weeks,” Chief answered.

“Two weeks. Can’t see much in two weeks. We’ll have you scrub in today, help out with the surgery,” he said, while shaking my hand.

We scrubbed our hands, put on our blue gowns and latex gloves, and walked over to the patient.

“Now you see, Miss Gallagher, this here is a 53-year-old man with a meningioma in his brain noted to be about three centimeters on the CT scan,” he said in a thick Southern drawl as he placed towels around the surgical field and covered most of the man’s head, except for a field about 8 inches wide and 6 inches long on his scalp. The hair had been shaved off in this area.

Boss inserted local anesthetic with a syringe into the patient’s scalp in the area where he planned to cut. “This will help prevent the bleeding,” he said.

“Scalpel to Chief,” he ordered. Chief picked up the scalpel and made a linear slice across the patient’s scalp.

“Chief,” Chief said to me, “What are you doing? You’re supposed to be helping us out. Grab the suction.”

“Drill,” Chief ordered. He grabbed some of the accessory tools to the drill and adjusted the assembly for a few minutes. The drill sounded, “Rrrmm … rrrmmm … rrrmmm ….”

He placed the drill-head up to the edge of the skull and it started to work for a few seconds, when all of a sudden, the motor sounded as though it shorted out.

“God dammit, holy Jesus!” screamed the Boss. He was angry, his eyes glazed over and a huge scowl on his face. I flinched at the sight of him. I thought he was going to swallow me alive.

“All this crap, this piece of shit. I don’t know how many times I told those idiots down in central supply that we do not want this drill, this is a bad drill. Goddamn idiots. And what do they do, they send us the same damn drill. Piece of shit!”

With that, he took the drill out of Chief’s hands, unplugged it from the wall, and threw it across the room. It shattered into pieces.

“We’ll see if they try to give us the same damn drill next time,” he said with a grin. Everyone was silent, in awe that he had destroyed an expensive piece of medical equipment.

The Boss looked over at the nurse and yelled, “Well, what are you waiting for? Go and get me another one. And hurry, we’ve already opened!”

The nurse ran out of the room. We stood there, in silence, and waited for half an hour. The anesthesiology resident did not dare look up at the Boss. I tried to lodge myself as far behind them as possible, so as not to draw any type of attention to myself.

The new drill was plugged in, and we were back in business. Chief fired up the drill and handed me an irrigation bottle.

Eve Shvidler is an obstetrician-gynecologist and author of Burning the Short White Coat: A Story of Becoming a Woman Doctor. 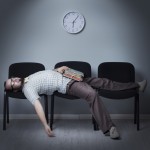 The baggage of burnt out doctors 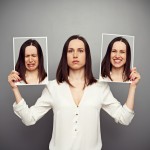 Operating with the Boss: The story of the drill
19 comments