So, you’ve finished all your job interviews and think you’ve found a perfect fit. Graduating from residency is exciting, but did you get any training on what it all means to sign on the dotted line?

Below is a quick and dirty run-down of the contracting process from an industry insider.

1. Non-compete clauses. Non-compete clauses are not just a big med phenomenon; they are part of contracts in many different clinical settings. For example, a colleague of mine that was managing partner of a medical specialty single-specialty group recently told me that he included non-compete language in the contracts for all the partners. He indicated that this was done in the interest of self-preservation. The market could not tolerate providers leaving and opening up shop down the street. Another example is a prominent plastic surgeon in our market that brought in a partner and included a non-compete in the contract. She had to move 30 miles away in order to hang a shingle when she left.

Many reasons. The health care entity wants the individual to demonstrate commitment. The health care entity makes a substantial investment to build and grow the provider’s practice (especially specialists) and a non-compete attempts to preserve that investment. In addition, the various practices and health care organizations in the market do not want to be subject to a ping-pong effect from wandering providers. In our market, we can’t steal or lure an employed sub-specialist from the hospital down the street because he/she would be subject to a non-compete with his/her health care organization.

Lastly, it is a deterrent to exodus or threatened exodus. The health care entity wants providers to think twice before they leave.

Some states in the U.S. have deemed non-compete for physicians as illegal, so it is important to better acquaint yourself with the state regulations where you live.

2. Are the non-compete clauses negotiable in the contracting process? Maybe. It depends upon the health care organization, the market, and the specialty. Newer organizations or markets that are going through an aggressive and competitive consolidation and acquisition process are more likely to negotiate. Specialties that are difficult to recruit into may be able to demand more non-compete alterations, but it also depends on the deal you make. If you negotiate the “deal of the century,” you should expect a non-compete to follow.

If you are one of many candidates vying for a job, chances are you won’t see a budge in the non-compete language.

But, the bottom line is that if it is something that is very important to you, it doesn’t hurt to ask about the non-compete and request negotiation in the non-compete clause. The worst that can happen is that you get shot down, but asking about it should not scare your future employer away.

3. Are the non-compete clauses enforceable? Yes and no. The greater question is whether the health care entity will spend the time and energy to enforce it. I’ve also been acquainted with several providers that have successfully lawyered up and removed themselves from the non-compete upon departure from the health care entity. I’ve also known a physician to be successfully sued for violating the terms of a non-compete. A rare phenomenon, but not unheard of.

4. Compensation model. Compensation can vary from a straight salary, salary plus bonus for various metrics, straight production and production blended with value-based metrics. Production can be wRVU based or collections-based, or even a blend of both. Value-based metrics can include quality measures, citizenship (i.e., committee participation, projects, meeting attendance), education and patient satisfaction scores.

Compensation plans are typically complicated and convoluted. This isn’t necessarily for the purpose of trying to confuse the providers, but it is an effort to develop or push global incentives that are important key objectives for the organization.

It’s important to understand that all large health care organizations spend a significant amount of time and resources evaluating and reviewing benchmarking data from entities such as MGMA or ECG to determine fair market value compensation package offerings. They also convene in large groups or forums to compare different compensation models and share ideas and best practices. The compensation surveys typically demonstrate large variations based on specialty and geography. A substantial amount of data surrounding payment for on-call coverage also exists.

If you are confused about the model or where the numbers in an offer came from, it is perfectly acceptable to ask how this number was determined and what data supported that this was a fair market value offer.

There is a science to compensation, and I could probably write a textbook on the subject.

5. Malpractice insurance. If this is your first job out of residency, you should try to negotiate tail coverage or occurrence claims insurance coverage. More than 50 percent of physicians leave their first job. I can’t tell you how many providers have been stuck with a large tab for tail coverage on the way out. This may be less of an issue with low malpractice risk specialties.

6. Can they really fire me without cause? If it is in the contract, well, yes they can. But, the bigger question is: Will they? Providers do get fired or terminated on occasion, but it is quite unusual for an organization to terminate a provider without cause. Just because a contract says they can do it, doesn’t mean they want to do it. Remember that we have a physician shortage in this country and many markets are competing with each other to capture the talent. Losing a provider or firing a provider is expensive and places the health care entity at risk. It’s not a practice than anyone enjoys engaging in.

Another situation in which I have seen providers terminated without cause or contracts non-renewed is when a clinic or service is closing or consolidating. For example, if two health care entities merge and duplicate services exist, they may lay-off providers in the hopes of cutting cost or improving efficiencies. In addition, a service or program may be closed down and contracted with another health care entity (i.e., inpatient psychiatry, inpatient pediatrics, and radiology).

7. Should I get a lawyer to review my contract? Sure, why not. This is not unexpected or unusual.

But, keep in mind that most health care entities have either internal or contracted legal services. Many components of the contract may be standard language that is non-negotiable.

It never hurts to have legal counsel review the document in your best interest and offer suggestions for modification.

This probably only addresses a small tip in the iceberg of the business side of medicine, but hopefully addresses some of the low-hanging fruit that often challenges physician job searches.

Best of luck with your new job!

Eve Shvidler is an obstetrician-gynecologist and author of Burning the Short White Coat: A Story of Becoming a Woman Doctor.  She blogs at burning the short white coat.

A low-grade fever that humbled this physician 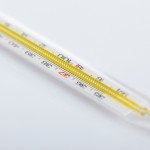 For each cancer patient, there is one perfect path 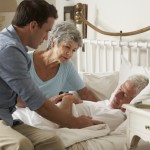