The best way to avoid being sued for malpractice is to make certain that all your patients are happy and all their outcomes are good.

Can clinical practice guidelines protect us? We are all beset by the proliferating standards and guidelines of evidence-based medicine. It’s comforting to think that a court may consider adherence to a legitimate clinical practice guideline (CPG) as evidence of reasonable prudence and acceptable practice. At the same time, physicians know that guidelines are imperfect. Many guidelines are debated and revised over time, some are discontinued when they are found to do more harm than good, and some have been found to be contaminated by conflicts of interest.

Starting in 2001, there was a push toward much tighter control of blood glucose levels in ICU patients. Tight glucose control after cardiac surgery became a quality measure tracked by the Surgical Care Improvement Project (SCIP) and the Joint Commission. The only evidence basis for tight control was a single-center study that associated intensive insulin therapy with improved outcomes including fewer infections, less ventilator time, and a lower incidence of acute renal failure. But the results couldn’t be replicated. In a landmark multicenter report published in 2009, patients receiving intensive insulin therapy with glucose levels kept between 81 and 108 were shown to have more hypoglycemia, higher mortality, and no difference in morbidity or length of stay. Intensive insulin therapy promptly fell out of favor.

Many hospitals in the last several years abruptly switched from povidone-iodine antiseptic solution to chlorhexidine-alcohol (ChloraPrep®) for skin preparation before surgery. They did so on the basis of a 2010 study that claimed substantial benefit for ChloraPrep in reducing the risk of surgical site infection (SSI). But in 2014 CareFusion Corp., the manufacturer of ChloraPrep, agreed to pay the government $40 million to resolve Department of Justice (DOJ) allegations that the company paid kickbacks to boost sales of ChloraPrep, and promoted it for uses that aren’t FDA-approved. The DOJ complaint said the company paid $11.6 million in kickbacks to Dr. Charles Denham, who served at the time as co-chair of the Safe Practices Committee at the National Quality Forum and the chair of Leapfrog’s Safe Practices Committee. He championed the use of ChloraPrep without disclosing his relationship with CareFusion.Subsequent studies have not demonstrated the superiority of any commonly used skin preparation agent in reducing the risk of SSI.

Though the evidence may be flawed, evidence-based medicine has shown an alarming tendency to evolve from guidelines into inflexible rules, especially if payment is linked to them. Physicians may come under pressure from regulators and hospital administrators to apply these rules mechanically, with inadequate attention to context or to a patient’s other health issues. As an excellent article in the British Medical Journal last year pointed out dryly, “The patient with a single condition that maps unproblematically to a single evidence-based guideline is becoming a rarity.” A guideline for the management of one risk factor or disease “may cause or exacerbate another—most commonly through the perils of polypharmacy in the older patient.”

Each case is a snowflake

Basing decisions on well-established clinical guidelines may be a reasonable line of defense against an accusation of malpractice. However, guidelines focus on general decision-making, while litigation focuses on the particular facts of the case under consideration. A plaintiff’s attorney is likely to argue that a guideline should have been overruled by physician judgment in the plaintiff’s individual case, if it led to a decision that caused harm to the patient.

One precedent-setting case in 1974 didn’t help a physician who followed a practice guideline. In Helling v. Carey, the plaintiff suffered from glaucoma that resulted in loss of vision. Her ophthalmologists didn’t test her for this condition until she had been their patient for several years because she was still under 40, the age at which practice guidelines recommended testing. Though the incidence of glaucoma in younger patients is extremely low, the court found that the patient “is entitled to the same protection as afforded persons over forty,” and that “reasonable prudence required the timely giving of the pressure test to this plaintiff.” Noting that the test was simple and harmless, the opinion stated, “that irrespective of its disregard by the standards of the ophthalmology profession, it is the duty of the courts to say what is required to protect patients.”

The cornerstone of defense against an accusation of malpractice traditionally has been to demonstrate that the physician’s actions were consistent with customary practice in the relevant medical community. Today, however, new CPGs are often implemented in order to change physician practices, especially with an eye to making them more cost-effective. As a new guideline gains currency, it may become synonymous with customary practice, but in the short run it may be just the opposite. As long as courts use customary practice to set the legal standard, it may not be in a physician’s best interest to be an “early adopter” of a new CPG.

The Choosing Wisely® campaign, created by the ABIM Foundation, intends “to help providers and patients engage in conversations to reduce overuse of tests and procedures.” A recent article in Medscape Business of Medicine, by William Sullivan, DO, JD, outlined how the Choosing Wisely recommendations could have adverse consequences for some patients and increase malpractice risks for physicians. For example, the recommendation not to order imaging studies for nonspecific back pain inevitably will miss some cases of cancer, infection, and cauda equina syndrome. If a physician orders a test that wasn’t recommended, and a complication occurs as a result, then the argument could be made that it was negligent to order the test in the first place.

Successful defense based on CPG

Medical malpractice historically has been a matter of state law, not federal, and courts in different states have taken different approaches in their handling of CPGs. In some instances, CPGs have been deemed inadmissible as evidence, though there has been a trend toward accepting guidelines as “learned treatises” that can help in defense of physicians.

In one Tennessee case, a patient presented to a cardiologist complaining of chest pain. The cardiologist followed evaluation guidelines created by the American College of Cardiology and the American Heart Association, and concluded that the patient didn’t require admission to the hospital. The patient died at home three hours later from cardiopulmonary arrest. The court ruled in favor of the physician, finding that a majority of experts recognize these guidelines as a standard of care for the profession.

Another malpractice suit was filed on behalf of a plaintiff who underwent carotid endarterectomy and suffered a stroke resulting in permanent disability. The suit alleged that the physician hadn’t provided her with adequate informed consent since she wasn’t told about chelation therapy as an alternative treatment. The judge in this case accepted the defendant physician’s motion for summary judgment, meaning that the case never went to trial at all. The physician introduced guidelines from the American College of Physicians and other medical societies, all concluding that chelation therapy was not a recognized, effective treatment for atherosclerotic disease.

Guidelines as a legal “safe harbor”

Several states have attempted setting up “safe harbor” provisions to offer protection from malpractice lawsuits to physicians who follow accepted clinical guidelines. Maine’s was the best-known effort, initiated in 1990, but its statutory guidelines were not used to settle many legal disputes and eventually the legislation was repealed. Maryland also established an “Advisory Committee on Practice Parameters”, but that legislation was repealed in 1999.

If a defendant physician alleges that care adhered to applicable guidelines, the defendant could move any liability action brought in a state court to a federal district court for review by a three-physician independent review panel;

Favorable finding by the review panel could lead to dismissal of the claim, or if the defendant physician subsequently wins the case at trial, costs and attorneys’ fees could be recovered from the plaintiff.

Some physicians might question the wisdom of involving the federal government in the process of establishing clinical guidelines. Another downside would be the inevitable pressure to follow approved guidelines in the interest of liability protection rather than because they represent the best clinical pathway for the patient. As of March 2014, the bill was referred to the Subcommittee on the Constitution and Civil Justice, and the 114th Congress has taken no further action to date.

Evidence-based medicine and the use of CPGs won’t protect patients or physicians from all undesired outcomes or lawsuits, though they can be helpful in defense. They can guide decision-making, but can’t replace experience and judgment. In the event that a physician follows a new practice guideline, a plaintiff’s attorney may argue that the new guideline was not the current community standard of care. Even if the physician follows an established guideline, an expert witness for the plaintiff could argue that the physician’s judgment in the individual case should have differed from the guideline.

It’s possible that linking practice guidelines to tort reform may ultimately be enough of an incentive to change physician practice. That transformation already appears to be underway in linking payment to the performance of “best practices.” The question ultimately is whether American society will decide to replace the personalized authority of a physician’s judgment with the impersonal rule of practice guidelines. For the foreseeable future, unfortunate clinical outcomes will often be subject to lawsuit on the grounds of individual physician malpractice or negligence. The best defense is good documentation of the decision process, the information and guidelines current at the time, the discussion of risks, and the agreement between patient and physician about the plan of care.

Karen S. Sibert is an anesthesiologist who blogs at A Penned Point. This article was originally published in Maryland Medicine. 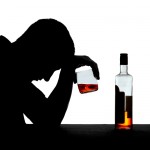