Arguably one of the most overlooked yet incredibly important aspects of your malpractice insurance policy is the Consent to Settle Provision. You’re paying thousands of dollars a year for your malpractice insurance; you should have a say in how your claims are handled, don’t you think? Today we’re going to talk about the consent to settle provision – why it’s important, how carriers can limit you, and what you can do to ensure that you’re in the driver’s seat for the handling of your malpractice claims in the future.

So why do malpractice cases settle in the first place? Well, insurance payouts for medical malpractice claims are at least 2 ½ times greater for claims that go to trial versus those that are settled before trial. This is not only a concern for the insurance company, but for you. If your policy limits are exhausted, you could be on the hook for any additional costs; and jury verdicts make headlines, just like settlements do.

But for doctors, there are a number of reasons why you may NOT want to settle a case, especially in situations where there is strong evidence to suggest that the standard of care was met.

Settlements can have negative impacts on doctors, including the following:

With a pure consent-to-settle provision in your malpractice insurance policy, the carrier must obtain your written permission before they can settle a case on your behalf. Without your consent, the insurance company cannot settle; rather, it must allow the complaint to go through the formal legal process.

But be wary of snags in the consent provision or other limitations that may protect the insurance company’s interests – and not yours!

To protect their interests, many insurers include language—referred to as a “Hammer Clause”—that stipulates if you refuse to consent to a settlement recommended by the insurer, the insurer’s liability for the claim will not exceed the amount for which the claim could have been settled, and any additional defense costs incurred following your refusal to settle will not be covered.

Here are some examples of consent provision and hammer clauses in doctors’ malpractice policies:

First, the Pure Consent Clause – A pure consent provision is exactly that. It has no strings attached. In order to settle a case, the insurance company must obtain your approval. You may reject the settlement without further ramifications. If you lose at trial and a $1 million verdict is entered against you, your insurance company will be required to pay the entire $1 million verdict plus any attorneys’ fees incurred in defending the claim, up to applicable policy limits.

Second, the Standard Hammer Clause – With a standard hammer clause, the insurer will not settle any claim without your consent; however, if you refuse to consent to any settlement recommended by the insurer or “unreasonably withhold” your consent to an otherwise logical settlement offer, then the insurer’s liability for the claim will not exceed the amount for which the claim could have been settled including claim expenses incurred up to the date of the refusal.

You can reject a settlement, but the insurer can then cap its liability in the matter. For example, let’s say that a carrier was willing to pay $450,000 – the amount of a $350,000 settlement offer plus $100,000 in legal fees, but you do not give your consent. If you lose at trial and a $1 million verdict is entered against you, you may be required to pay out of pocket $550,000 of the verdict—the difference between the $1 million award and the $450,000 liability cap imposed by the insurance company—plus the additional attorneys’ fees incurred in defending the claim.

Third, the Pounding Hammer Clause – the pounding hammer clause takes it one step further stating that if you refuse to settle and insist on continuing to fight, you do so on your own. The insurer pays to you the amount of the accepted settlement plus incurred defense costs to the point of acceptance and steps out of the picture. You become responsible for your own defense and costs, and any judgment over the amount already paid to you by the insurer.

And fourth, the Modified Hammer Clause – the modified hammer clause is often referred to as a coinsurance clause, this agreement says you are liable only for a percentage of any judgment above the recommended settlement. The most commonly used percentages are 50% and 70%. If the modified hammer provision is 50%, the insurer would pay its recommended settlement plus 50% of the coverage. Keep in mind, the amount paid by the insurer is subject to the limits of liability on your policy.

Don’t just assume that your policy gives you the right to settle. In fact, certain states prohibit consent-to-settle clauses in medical malpractice insurance policies altogether. For example, in the state of Indiana, after a claim goes through the initial medical review panel process, if the findings of the panel are 3-0 against the health care provider, the carrier can deny consent-to-settle rights that would have otherwise been allowed.

The most important thing is for you to know what the consent provision is in your policy and be aware of any and all limitations before you buy.

Top-rated malpractice carriers are winning 90% of the cases that they take to trial; furthermore, they are closing 80% of their claims with no indemnity payment at all (in other words, they build such a strong case that the opposition decides not to proceed). Doctors should talk to their defense teams to determine the proper course of action and take a proactive stance in the handling of their malpractice case to ensure the best possible outcome.

Be sure to understand how your policy’s consent provision works so that you can have a voice in the handling of your claims.

Human beings are more than their genes

We are not defined by what we eat 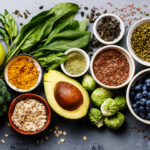