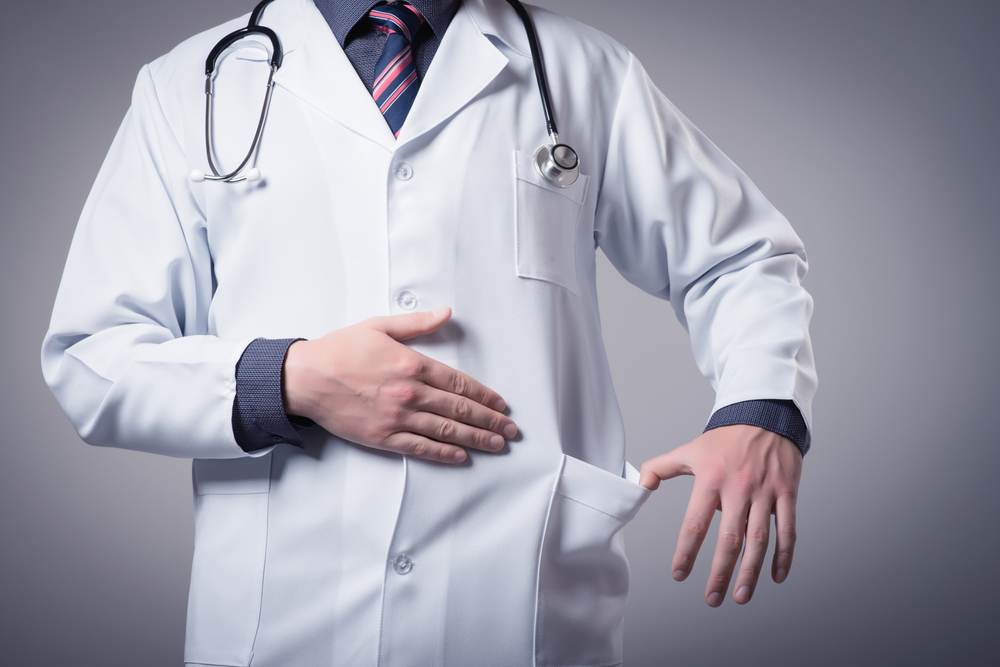 I’m usually a huge fan of Dr. Ezekiel J. Emanuel’s writing — whether it’s his controversial piece on health care resources at the end of life or his book describing the tumultuous health care policy that led up to the Affordable Care Act, I generally enjoy reading his editorials and vehemently agree with many of his opinions. This being said, when I saw that he contributed to the latest issue of JAMA on the topic of professionalism — entitled, “Enhancing Professionalism Through Management,” I was intrigued.

Per usual, I started reading the piece and nodded my head in agreement —yes, professionalism can be defined in many ways and money definitely plays a role — but when I got to the 9th paragraph:

In 1950, when 4.6% of the gross domestic product went to health care, the average salary of a primary care physician was 2.75 times the median income, or $8800. Sixty-five years later, roughly 17.4% of the gross domestic product goes to health care, and the median household income is $51 900 with nearly 50% of households having two income earners. Today, the average salary of a primary care physician in the United States is 3.40 times the median household income, and some specialists earn 10 and 20 times that level. More importantly, the majority of physicians are in 2-income families — often 2 professional incomes — so the income gap between the average US household and the physician household is even greater. Looked at another way, many, if not most, physicians are probably in the top 1%. These numbers suggest that most physicians should have all the financial security they could—or should—ever want, yet some still have managed to falter in their commitment to professionalism.

Today, tuition at the Perelman School of Medicine is $50,444 per year — almost the amount of the current household median income of $51,900. So back in 1950, it cost ~22% ($720/$3300) of the median household income to attend medical school and today, it costs ~97% ($50,444/$51,900) of the median household income. High compensation for physicians is the only way it’s possible to finance medical school (especially if the medical student is from a middle-class or low-income household).

Having been an engineer in my past life, I turned to a spreadsheet to crunch some numbers.  I made the following assumptions:

After accounting for all of these assumptions, I found that at postgraduate year 17, the physician finally exceeds the savings of the individual with a median household income. This means that you cannot really say that a physician is even above the median until after they are at least 39 years of age.

In reality, at a stagnant income of $176,460, a physician will never reach the 1 percent (at least according to this article on the Atlantic — this income only puts you in the 1 percent if you’re between the ages of 27 to 31). I actually think it’s a fair assumption to keep the physician salary stagnant with the shift in fee-for-service to value-based reimbursement. While the 2 income household may change these calculations so that the 2 physician household catches up sooner, at least in my medical school class, most of my classmates will not be in 2 physician or 2 professional families.

Additionally, with two physician households, one of the challenges that arise is the potential for double the student loan debt, which would ultimately lead to a conclusion similar to what I already arrived at. Even with two professional families, tuition is high at most professional schools (e.g., law school, pharmacy school, etc.).

When we look at physician salaries, we often forget that medical school tuition and protracted medical training (i.e., residency +/- fellowship) result in substantial lost income potential. If I had modeled my example off of my friend’s engineering salary (and expected trajectory), a physician’s total investment value would not surpass the engineer’s until postgraduate year 33 — or at least 55 years of age.

I’m not going to discuss whether it’s fair for some physicians to be making 10 to 20 times the median income. But I do think it’s important to recognize that the vast majority of physicians are not seeing that exorbitant income. Also, let’s make sure when we discuss physician salaries that we are adjusting for medical school debt and lost income potential during medical school and residency. Then, it’s a fair comparison.

With all of that being said: Don’t go into medicine for the money.

Amanda Xi is a medical student who blogs at her self-titled site, Amanda Xi, and can be reached on Twitter @amandasxi.

This is what it's like to be a patient. Doctors need to see this. 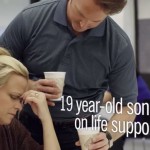 We're losing the war on error. And here's why. 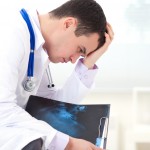 What Ezekiel Emanuel gets wrong about physician salaries
81 comments