“Write your name on the paper,” he said. Since he was a senior who’d just gotten into medical school, and I was a simple sophomore who’d chosen to attend the session, I did. “Now write Dr. in front of it.” I complied. “If you’re reading that and you don’t feel anything, medicine isn’t for you,” he said. I looked at it again, my name with a Dr. in front of it. I didn’t feel a thing. I crumpled up the paper, chucked it in the trash and didn’t give it another thought. Until today that is.

In four days, I’ll get to write a Dr. in front of my name. More than that, I get to call myself a doctor is the fact that I get to be one. In a few weeks when I start residency, I’ll be responsible for people’s lives. And that is terrifying!

It’s been a long journey, since my careless sophomore days. I went from being a cocky, know it all college student, patted on the head for my intellectual acumen to a terrified, foppish first-year medical student who spent my first year lost and confused. I was petrified in anatomy, as I was constantly less aware than my classmates who with reckless abandon pointed out the vagus nerve, the mesenteric arteries and dismissed much of the fascia I believed was important anatomy. I drowned in the weight of neurophysiology, as I discovered that the brain was and remains a complete mystery to me. I threw up, in the hotel before I went in to take my step 1 exam and was mortified when I barely made an average score. I spent my first years of medical school battling the terror of inadequacy, afraid I wasn’t good enough or capable enough.

I was terrified that I was playing doctor this entire time. Mortified that my medical school experience was not enough, that I was unprepared for the next step. Then, I realized something.

I’ve diagnosed and initiated the management for dozens of diseases. I’ve read hundreds of EKGs and chest x-rays. I’ve brought life into this world with my own hands, and been there when it’s left. I’ve fought violently against death, breaking ribs as I tried to bring back a patient from the precipice. I’ve watched death softly take someone who was ready to go. I’ve cried for a patient, in the arms of my lover, after I first told someone they were going to die. I’ve violated the sanctum of the body with chest tubes and central lines in hope that someone would live.

My family, like families tend to, have introduced me as a doctor for a few months now. I’ve demurred, each time saying “I’m not a doctor yet.” Like my white coat ceremony, I need something to mark the movement from a medical student to a physician and to mark the importance of the situation. I realize, however I’m not there yet. Though I’m getting my degree I have in Robert Frost’s words, miles to go before I sleep. And I’ll never be there. I’ll constantly be learning, making mistakes and fixing them, and forever humbled by the vast enterprise of medicine I’ve had the audacity to try to conquer.

I’ve been becoming a doctor for a long time now. The MD I get to put at the end of my name has been in the works for eight long, caffeine-fueled, sleep deprived years. I’m going to spend the rest of my life living up to the promise it holds though — because that’s what becoming a doctor really means.

Sarab Sodhi is a medical student and can be reached on Sarab Sodhi | My Life in Medicine.  This article originally appeared in in-Training. 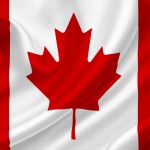