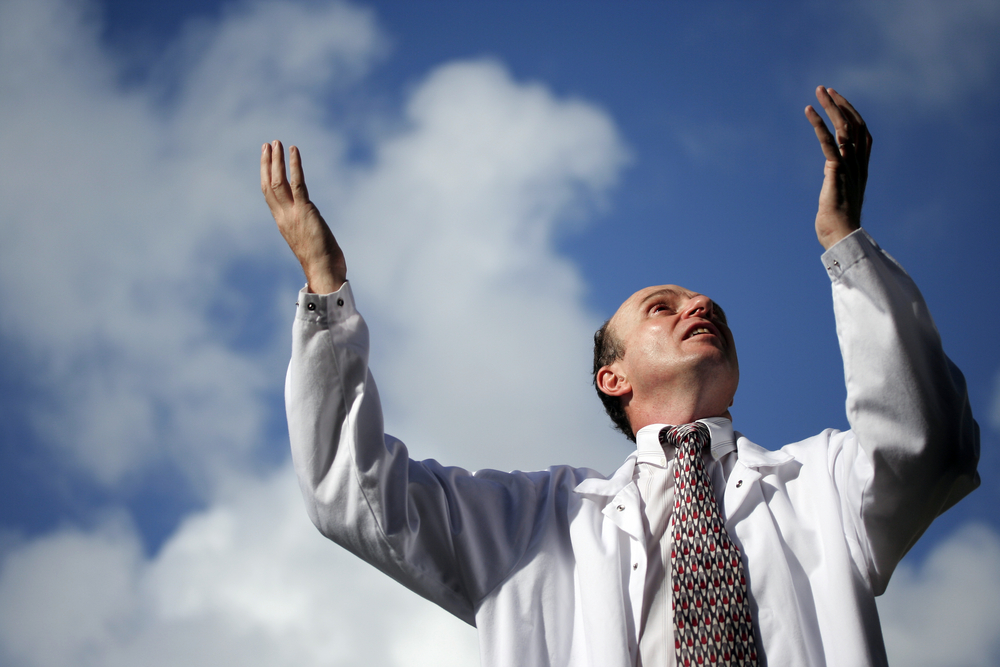 Do you know the difference between a surgeon and God? God doesn’t think he’s a surgeon.

Everyone who goes into the study of surgery has ideas about what they’re going to be. I would imagine that each individual has different expectations of what the future holds, though few find their future at all resembles those expectations.

I recall when I started my surgery residency, my head was filled with all kinds of ideals of what a surgeon should be. I looked to my mentors, the attending surgeons where I did my training, to guide me on everything I needed to learn to become a surgeon. One surgeon, in particular, who was the chief of the department, was my paragon. He was tall, handsome, poised, experienced, skilled — a sort of John Wayne of the surgery world. He had trained in an era in surgery when a general surgeon was still truly a general surgeon: He had learned how to take out gallbladders and appendixes, and fix hernias, like we do today, but was equally adept at hysterectomies, lung resections, ruptured aneurysms, fixing fractures, midgut volvulus repairs, and drilling holes in the skull to relieve pressure from bleeding. As far as I was concerned, he was like a God. (I still think so today.)

He taught his residents how to do surgeries, sure. Tie this, cut that. But he also taught surgeons how to think. He taught surgical mentality. One of his favorite techniques was to always allow the resident to start an operation, and to allow them to go forward as long as they were comfortable and moving in the right direction. When the resident would get to a point where they were not sure what to do next, he would ever so smoothly say, “Let me just take those scissors from you for a minute, so I can show you where to go …”

And the next thing you knew, the case was done, and you were left standing there, thinking, what just happened? It was no accident. It happened over and over again, in case after case, until the resident learned, if you want to do the case, you have to know what to do next, and you have to keep it going. Otherwise, Dr. Wayne is just going to slide on in and poof! It’s done, so sorry, better luck next time …

It was so frustrating to have this happen when as a resident, what you wanted more desperately than anything in the world was to do the case. Watch out for Dr. Wayne, or he’s going to steal it from you! And consequently, you studied, and studied, until you could recite the steps from the book, draw the pictures from the manuals in your sleep, no way is he going to get his hands on my instruments.

But why he did this — which was not evident to me until much later in my surgical maturation — was to force young surgeons to think ahead, to have a plan B, to know what the goal is, and what ways can you get there- because a surgeon must always, always have a plan. In this fashion, he trained surgeons to be excellent physicians, not just mechanics.

So one night, in my third year of residency, we took a lady to the operating room who had a bowel obstruction. Back in those days, CT scans were rare. They took forever, the images weren’t that great, and so we operated on people based on history and physical exam, with a blood test or two, and maybe an X-ray. Compared to technology today, you could think of what we did as something close to divination.

Most bowel obstructions were caused by adhesions (scar tissue) and most were easily corrected with a snip or two, or occasionally some bowel had to be removed. Simple.

Well, on this occasion, when we opened this lady’s abdomen, she had a cancer. This cancer was growing in the spot where the base of the bowel is located, and could not be removed. We looked to see if there was a way to release part of the obstructed bowel from where the tumor was located. Dr. Wayne instructed me to slide my hand under the obstructed bowel, and see if I could lift it up to detach it in some measure from the cancer. Maybe we could find a spot to bypass the blocked portion, he suggested.

So I did as he said, and as my hand slid into the space where he told me to feel, the tumor (which was necrotic — rotten in the middle) split open, and the split traveled right on up to the duodenum, and through. The bowel literally just fell open.

At first I was petrified. Had I done it wrong? Did I just screw something up because I’m not sure what I’m doing? Did I push too hard? He said, no, it’s necrotic tissue. It just falls apart.

Assuaged by his explanation, I asked, OK, what next?

What?! I must have heard him wrong. We hadn’t fixed the bowel obstruction. Quite the opposite: Now there was a gaping hole in the bowel, a hole that would be spilling intestinal juice into the abdomen, where it will cause massive infection and death. We can’t close. We have to fix it.

He saw the incredulity in my eyes, the only part of the face you can see in the OR, and he said simply, “There’s nothing more we can do. She is going to die.”

That night, I was crushed twice over. First, the patient whom I brought to the operating room to relieve a bowel obstruction, to help her, to cure her — none of that would happen. I couldn’t save her life.

And secondly, my hero, Dr. Wayne, was in fact not a God after all.

A physician anesthesiologist reports in from Afghanistan 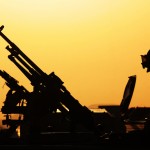