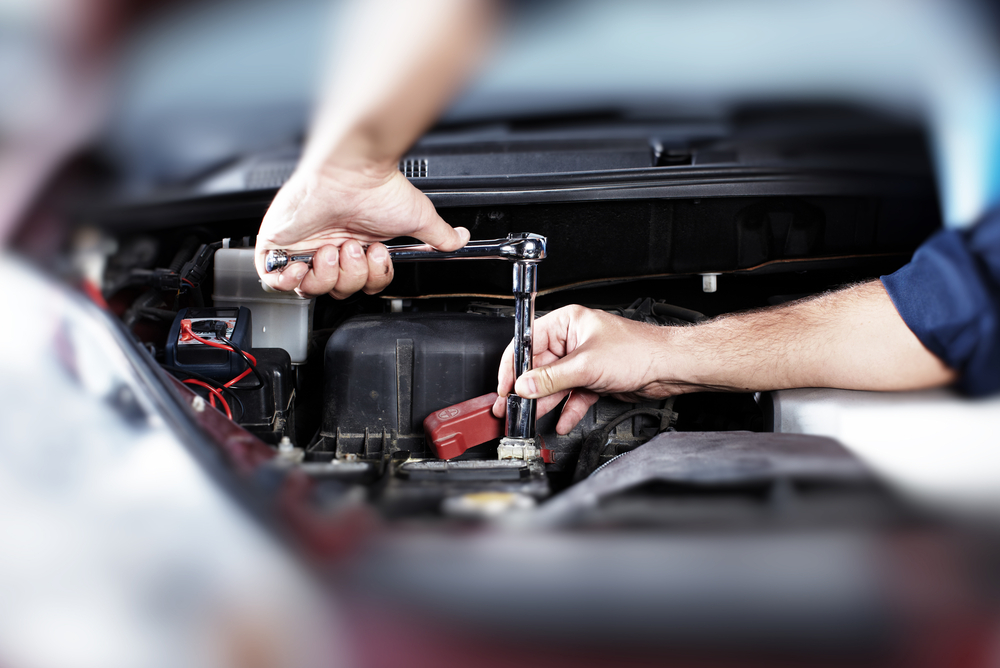 My friend, Trent, is an auto mechanic. When he was growing up, he loved to work on old cars. He rebuilt his first one when he was fourteen — and drove it for 11 years. He loved finding problems and figuring out how to fix them. He never cared about getting rich; his goal was to make a decent living doing something he loves, and his dream had always been to open his own garage. It wasn’t easy, but after seven years of 80-hour workweeks, he took out a loan for $170,000 and was finally able to make his dream a reality. It was a small shop, but it was his.

Initially, business was slow. Trent was answering phones, scheduling repairs, and doing all the work himself. Once things picked up, he hired a couple staff members to take on some of those jobs because he realized that he was the only one there generating revenue. He hired an assistant mechanic to help him with oil changes, tire rotations, and other relatively straightforward jobs. After a year or so, his three repair bays and his small waiting room were always full. He stayed busy — sometimes a little busier than he would have liked, but not quite busy enough to hire another mechanic. But despite the steady stream of business, things weren’t going well. And recently, he closed his garage, sold the building to another starry-eyed young mechanic, and went to work for a tire shop run by a national chain.

When I asked him why he gave up on his dream, Trent told me a story about one of his clients. Roger was a middle-aged guy with an old Saab convertible, who brought his car in one day for an oil change and mentioned that it was making a funny noise. The noise turned out to be a simple fix — he needed a new water pump. Trent told him he should be able to get the part and take care of the repair in 3 days.

Trent ordered the part, which cost him $90. Of course, that’s not what he billed. He charged $120 for the pump, which was a modest markup given the cost of shipping and the time his staff spent placing the order. He also billed $80 an hour (a rate that you might call “usual,” “customary,” or “reasonable”) for an estimated 3-hour repair job—not because his own time was worth that much, but because he had to cover the overhead of his shop, staff, tools, utilities, etc. After expenses, he would end up pocketing about $30 an hour (before taxes) for his repair work…but he enjoyed his job, and he wasn’t greedy.

He finished the job a day ahead of schedule. He topped off the fluids and even replaced a broken trim piece under the hood at no charge. When he finished, the car was running better than it had in years. The problems started when he tried to give it back. You see, Roger had purchased an extended warranty on his car that covered the repair (with some stipulations), and he had never planned to pay Trent directly.

The total amount billed for the repair was $360, most of which went to cover the cost of parts and overhead. But the warranty company refused to pay that amount. They would pay only what they called a “negotiated” rate, although Trent didn’t have much of a role in the negotiations. This revised total came out to $250 — enough for Trent to cover all his expenses … and take home $10 for his trouble. Not exactly the decent living he was looking for.

But breaking even isn’t the worst thing in the world, and Trent was ready to shrug it off. He called Roger to let him know that his car was ready, and learned that Roger was out of town. He wouldn’t be able to pick up the car until after the weekend. That wouldn’t have been much of a problem, except that space was limited. Like I said, Trent’s shop was small, and aside from the few parking spaces out front (that he tried to keep free for customers), the only place for repair jobs was in one of the three repair bays. So for the next three days, while he housed a car that was ready to go home, his production was cut by 33%.

Things didn’t get any better when Roger finally decided to pick up his car. He stopped by without calling ahead, and Trent was in the middle of another job. When the receptionist called for Trent over the loudspeaker, he flinched and accidentally knocked loose a coolant hose. Antifreeze was leaking everywhere, and it took a few minutes to get it stopped. After stabilizing the situation, he wiped off his hands and changed into a dry set of coveralls, then stepped into the waiting room to meet Roger and hand over the keys. Roger seemed appreciative, but the satisfaction survey he returned to the warranty company said otherwise. He apparently expressed dissatisfaction with having to wait 20 minutes to pick up his car, with what he called “poor communication” during the 3 days his car camped out in the repair bay, and with the apparently intolerable lack of paper floor mats (although his carpet was spotless). Because of these poor ratings, the warranty company took an additional 10 percent off of the “negotiated” rate.

That completely killed Trent’s profit margin, but fortunately, a recently instituted incentive program provides bonus payments to mechanics that do a good job of documenting their repair jobs. By spending another hour on paperwork at home that evening, Trent was able to turn a [very] small profit: $8.

This whole scenario was so frustrating to Trent that he took a hard look at his finances and decided that he could no longer afford to keep his shop open. He decided to sell the shop and go to work for a national chain of tire shops that offered a stable income with no worries about getting overhead expenses and getting paid. He’s doing alright now; he doesn’t really enjoy his job, but he makes enough to get by. If you talk to him about his shop, he slips into a state somewhere between nostalgic fondness and post-traumatic stress. He’s glad that he made the decision he made, but disappointed that things didn’t work out like he’d hoped they would. He often wonders what other paths he could have taken that would have led to better job satisfaction. And unfortunately for other guys like Trent, the warranty company (along with many others like it) is talking about reducing the nation’s auto repair expenditures by cutting back on payments to mechanics. But that’s OK — who needs to make a profit, anyway?

The medical community and complicity: Our role in the Eric Garner case